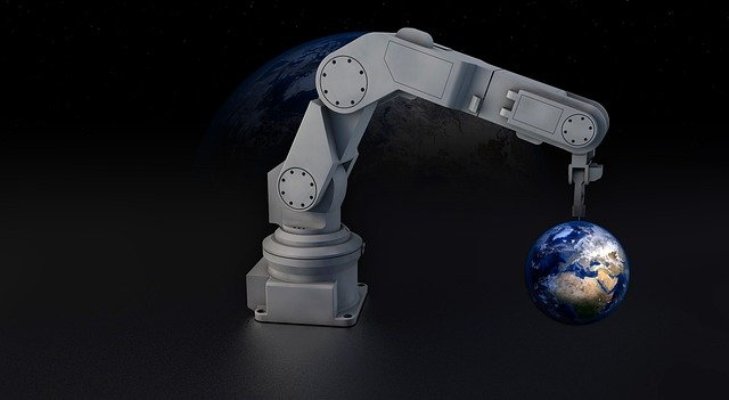 Silicon Valley thrives on mergers and acquisitions. Facebook itself is a behemoth becoming the first company with 2 billion+ users, but it still took over Instagram and WhatsApp, both which have 1 billion+ users each. It has taken over 80+ companies. Cisco is 150+ and Google/Alphabet are heading toward 250. Most tech companies have divisions which look into companies that they can acquire and have clearly defined strategies of integrating key rising startups. While Indian software giants have also acquired companies every now and then, they do not match the scale and ambition of their American counterparts.

Also read: Only Deep Tech can keep us on track for our $5 trillion goal: Part I

India regularly makes billions of dollars in the software domain, and despite having the purchasing power, has nowhere reached the Return on Investment that global firms show. The Tatas have taken over biggies like Jaguar, Land Rover and Corus. While Tata Consultancy Services has also been a highly active acquirer, nothing compares to the scale of the parent Tata company.

That is where India probably missed the bus. After becoming an IT services superpower, we failed to make the pivot to apps and products and couldn’t even acquire bright upcoming startups which could become big either in technology or turnover. On a positive note, R&D centres have started mushrooming all over India, so the talent is clearly there and these talents could form world beating companies of tomorrow.

It is said that one should never let a good crisis go to waste and the opportunities have indeed been created. If the Y2K crisis upgraded India, then the Covid crisis seems to be doing the same thing. Apart from the fact that countries are looking more to India than China, corporate India finally seems to have woken up. It all started with Jio. If it’s all about global mergers, acquisitions, investments and tie-ups, then Jio is showing the way. First came a host of investors, more than a dozen.

Also read: Focus on 3As and 1C for deep tech push: Part 2

Google dominates search, video (YouTube), the mobile OS space (Android) etc. Facebook is the No. 1 tech company in the world in terms of users. Silver Lake has invested in many tech companies like Airbnb, Twitter, Dell, Skype etc. KKR has invested in ByteDance (parent company of TikTok), Epic Games etc. Mubadala Investment Company owns GlobalFoundries, the world’s second-largest semiconductor foundry company. Now Jio has taken investments from all these companies. It’s not just investments. Who knows what such tie-ups may lead to? For example, both Jio and Google failed in their endeavours to come out with mobiles but together they could succeed for something like a Jio-Google mobile. Silver Lake has also invested in BYJU’S, pushing its, valuation firmly above the $10 billion mark.

Jio has already captured the imagination of the world. Said one headline in a global news site: A reading guide to Reliance Jio, the most important tech company in the world. Said another: Is it going to be Ambani vs Amazon? You can also bill it: Jio vs Jeff. That has to do with the quadruple play of the mobile, mobile apps, 5G and data that will dominate tomorrow. Jio will play a role in all of them. It is for this reason that Reliance became the first Indian company with a market capitalization of $150 billion. But we still have a long way to go as Apple itself reached a marcap of $2 trillion! But the beginning has been made.

Recently Reliance acquired online pharmacy store Netmeds, was reportedly in talks for buying out TikTok India before it went for a tie-up with social video platform Triller. It is also in talks with buying out Indian retail giant Big Bazaar. But this is not a recent thing. It has done a joint venture with Eros International and taken a stake in Balaji Telefilms (OTT space).Then there’s Embibe (EdTech), Radisys (telecom tech), NowFloats (SaaS), Asteria Aerospace (drones), Saavn (music streaming), Fynd (ecommerce), Grab (logistics startup), Haptik (AI), Reverie (regional language tech), Tesseract (AR/VR) and cable players Datacom, Hathway and Den. Reliance is shopping like crazy. It is aiming nothing short of a complete tech bouquet which no technology company in India has and with something that it can challenge the global tech giants. Imagine TCS, Infosys, Wipro, HCL Technologies or Tech Mahindra embarking on an ambitious Reliance-Jio type journey a few years back. What stopped them? The money was there and diversification is the name of the game. Indian IT seemed to have been satisfied with services and it was only an outsider that shook up things.

Call it the Jio effect. Airtel has gone in for a tie-up with Amazon Web Services and then one with OneWeb to give a Low Earth Orbit satellite constellation Internet service. To its credit, Airtel did launch operations in Africa, where it had about 100 million subscribers along with Bangladesh and Sri Lanka. They had also launched Android-based tablet way back in 2011. Tata is planning to take on both Reliance and Amazon. Tata Digital is thinking of launching a super app. The concept of a super app was a hit in China but did not spread to many countries in the world. But the digital ambition of the Tatas is much appreciated.

Another issue is that of Intellectual Property (IP) and patents. China is a giant in this and in 2018 filed for a whopping 1.5 million plus patents with America a distant second, crossing 0.5 million. India in contrast filed just 50,000+ patents. In terms of patents granted, we slip even further with China at 4.3 lakh, US 3 lakh+ and Japan almost touching 2 lakh. For India the figure is almost 14K. In terms of per capita patents, India slips further with Taiwan and Israel at the top followed by the US.

In the next part, let us took a look at why companies must focus on hardware and electronics.

In today’s digitalized world, new breaches and risks emerge every second of every day. Cybercrimes…