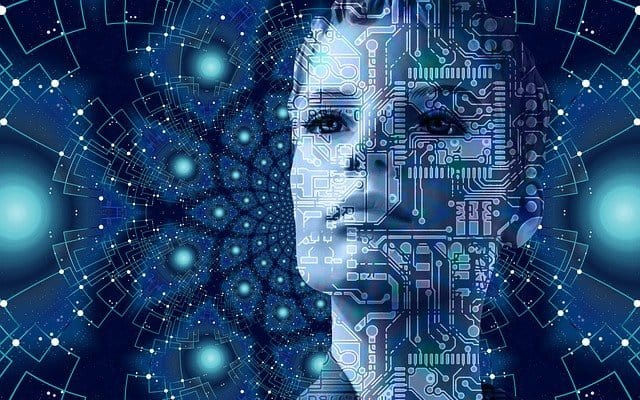 Deep Tech is the future and the startups that come out of that will rule tomorrow. The Indian Startup Ecosystem is the 3rd largest in the world, but we can aim for the top spot. WhatsApp had just 55 employees when it was valued at $19 billion by Facebook. That way India has thousands of employees of who can match that calibre with the right exposure.

The focus area should be on the 3As and 1C.

Automation: Artificial Intelligence will be the backbone of the post-Covid world. No touch technologies, the requirement of a real time rapid feedback and the absolute avalanche of data generated (further augmented by the Covid era) that can only be crunched by AI systems and not humans. While India creates a record number of engineers in the world, the same cannot be said of data scientists, which will form the most important community of tomorrow. We need far more courses in AI to be offered by our universities, a far greater collaboration between academia, industry and government. There is a need to promote specific AI-oriented startups. There is very little AI research that is happening out of India. IT companies who already have a foot in AI would do well to further expand and accelerate AI skilling of their employees.

This has been recognized and NITI Aayog said way back in 2018 that India could add $1 trillion to its economy through integration with AI alone. This won’t happen till we create an army of data scientists, the way we did with software engineers. A tremendous first step has been taken with the New Education Policy (NEP) where children can be taught coding from sixth standard onwards. WhiteHat Jr. has shown great results with kid coding and has been snapped by BYJU’S, which is the largest EdTech startup in the world. Google is investing $10 billion in India in the next few years and will focus on smart education. That will secure tomorrow, but there is greater urgency required for today. When we talk of AI, it also includes the multiple disciplines of Machine Learning, Deep Learning and Natural Language Processing.

There is another unique problem which large populations like those of China and India face. India has 1.3 billion citizens and the data they generate is huge and the current infrastructure is inadequate to deal with their problems in real-time. Data and privacy issues have to be looked into first, but AI can be of great help in sorting the problems of a multitude of citizens. China has used facial recognition technologies with great success and has started experimenting on things like AI courts, where common widespread problems can be sorted out quickly and efficiently. India has introduced Aadhaar and Contact Tracing, which is a first step in that direction. Efficient AI chatbots across the myriad Central and State government websites would go a long way in solving time-consuming basic and widespread queries.

Then there’s Industry 4.0. In the beginning of the 2010s, India lacked severely in electricity infrastructure and even getting to Industry 1.0 was itself an issue. But at the beginning of the 2020s, we are poised for 100% electrification and we can leapfrog to 4.0. This has been accelerated by the Covid crisis where Indian industries suffered due to social distancing problems and the need for no-touch technologies. The economy is down and after the recession many small industries will look to begin from scratch and herein lies the opportunity to embrace 4.0 directly. 5G will be critical for this.

There is a need to embrace Quantum Computing, which is another technology for tomorrow. Today many countries in the world are aiming for quantum supremacy and India sorely lacks in this. In the budget presented this year, we have allocated INR 8000 crore National Mission on Quantum Technologies and Applications over the next five years. Whether this is enough remains to be seen, maybe it’s time for specialized Q-IITs (Quantum) and A-IITs (AI). We require quantum research to come from the private sector. In the US, it is companies like Google which are taking the lead in quantum supremacy. But still the US government recently came out with a $1 billion push for quantum-AI initiatives.

Augmented: Augmented Reality/Virtual Reality/Mixed Reality (AR/VR/MR) have applications in multiple industries: Gaming, education & training, architecture & design, healthcare, military simulations, virtual sports & tourism, engineering & robotics, cinema, etc. How far-fetched would it be to aim that every Indian own a cheap VR headset? Sometime back it would have been inconceivable to think smartphones, data consumption (Jio), messaging services (WhatsApp) and video social networking (TikTok) being a rage in rural India, so anything is possible. A headset paired with the smartphone could be a boon for the average Indian for a new level of infotainment. The entire Indian industry too could benefit from the augmented world for a multitude of things as mentioned above. 5G will be key for this too.

Coming back to the NEP, when we implement it, along with coding and AI, we can integrate AR/VR. The Indian government should also look at AR/VR for training, simulations and knowledge transfer for police and government officials as well as responses to things like natural disasters. With immersive technology, citizens can participate on a large-scale with things like city planning. It can be made part of e-governance. If every government office had a VR headset, then it would be easier to view actual projects, plans and certain documents. Information from the top museums in India could be presented in the form of headsets for rural India and even tourism could be digitized. Like Digital India, AR/VR/MR together can form a Digital Reality India for the government.

Another big area is 3D Printing. That refers to industrial 3D printing as well as the home one, which hasn’t taken off due to it not being available at the right price point. This is still a nascent industry and the dollar amount is in billions, while in India it is still in the millions. But the potential is endless considering the fact that the manufacturing industry is in the trillions and in the future it may be possible to manufacture absolutely anything using 3D printing.

Access: Probably the most important thing for this is 5G which will power Smart India. 5G is not limited to mobile services, but it will power entire Smart Cities. That means all the components of it: Smart factories, Smart Homes, Smart Utilities, Smart Cars, etc. That is why 5G differentiates itself from 1G-4G. That is one of the reasons why Jio has received investments from all over the world to the tune of one lakh crore plus Rupees. That is why Reliance debuted directly at the No. 2 position in the PwC global Future Brand index in the recent 2020 list ahead of the likes of Samsung and Microsoft (Apple was No. 1). These lists are dominated by tech, energy and retail giants. Reliance is now big in all three.

While 5G has been seen endless delays, maybe it’s time to finally bite the bullet. The reason for that is that Reliance Chairman Mukesh Ambani announced at the last AGM that Jio was in a position to implement 5G within a year of getting the contract. That means that if the government finished the process of licensing by the end of 2020, at least Jio would be in a position to implement 5G by the end of 2021. 5G promises to change the destiny of a nation and it could help India build in the post-Covid recovery. As it is the Covid crisis has pushed the Work From Home culture and the need for social distancing and no touch technologies in manufacturing. 5G will power both. Edge Computing will reduce latency and hence improve response times of all operations and save bandwidth. 5G will give a push to the Edge.

5G will also power drones which can be used for surveillance and delivery. After the Covid crisis, municipalities in India used drones to spray disinfectants while police used them to monitor social distancing and curfew norms. The private sector can use drones for mass deliveries while the government can use them for surveying, monitoring and reaching remote areas.

Cloud: Data is the new oil. There has been an absolute explosion of data till the 2010s but that will further be expanded in the 2020s. AI and other analytic tools will form a big part of analyzing this data which will be impossible to do by the human mind alone. India needs many more data centres both from the quantity and data sovereignty point of view. When one looks at hyperscale data centres, then the US is the clear leader, but more than half of these centers belong to US, China and Japan, which is a small country. A switch to all government documents on the cloud would greatly help the cause of e-governance.

The US government has built the $1.5 billion Utah Data Centre that can store exabytes of data. (1 Exabyte = 1 million Terabytes) It is like a separate township with its own power plant. Maybe the Indian government needs to attempt something similar. Being on the right track, this year’s Union Budget has proposed data center parks all over India. Public and private data parks along with robust data privacy and sovereignty policy. India introduced the Personal Data Protection Bill, 2019 along the lines of the European Union’s General Data Protection Regulation.

Cloud migration is important for Digital Transformation and Business Continuity Planning (BCP) for both large enterprises and SMBs. India is frequented by floods, earthquakes and other natural disasters, while the Covid pandemic has been a global one. In all of these cases, the cloud and data centres will help greatly in BCP. With everything getting digitized, cybersecurity will take on a greater role and a unified strategy is important. India also set up the National Cyber Coordination Centre for cybersecurity.

In the next part, let us focus on the need for big tech diversification and global tie-ups.

In today’s digitalized world, new breaches and risks emerge every second of every day. Cybercrimes…

One response to “Focus on 3As and 1C for deep tech push: Part 2”