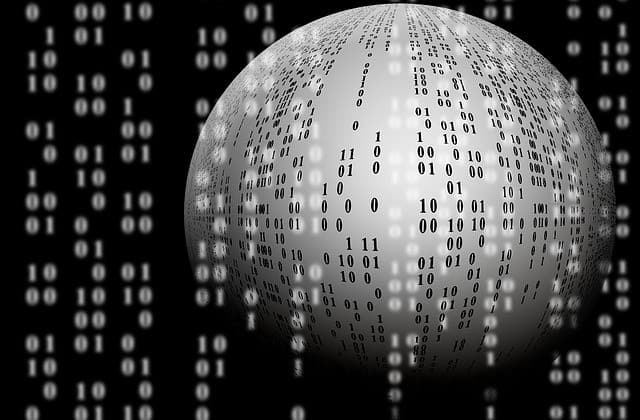 Depending on which side of the industry you represent, ‘Net Neutrality’ as a concept has been debated vociferously.  We recently carried two diverse views, one from a CIO,  Net Neutrality in India : Pay Rs 250 per month to access WhatsApp or Facebook and another from an operator,  Airtel responds to Net Neutrality charges.

To get a broader perspective, we spoke to a number of companies, whose views are represented below:

“India is a democracy and just  like “Freedom of Speech” is a constitutional right of every Indian citizen, so should be “Freedom of Net Information”. No one should be allowed to deny any citizen this right for making monetary gains or otherwise. Who accesses what information on the net cannot be controlled by anybody unless an individual flouts legalities or is indulging in criminal offenses.  Access to information on the net should be free for one & all and Net Neutrality is the Internet’s guiding principle – It fosters our right to communicate freely online. ​

We stand FOR Net Neutrality as it’s absence will result into emergence of monopolies or oligopolies  which will be unfair to small and budding entrepreneurs. It would be a shame if the next big disruptive innovation is extinguished because of discrimination or deferential charges by user, content, site, platform, application,etc. It’s commendable that the government has taken up the issue seriously and set up a committee to study the issues related to net neutrality and the consumer opinions. We hope the decisions are made in the favour of budding entrepreneurs and consumers alike. The government needs to actively engage with telecom companies to ensure a level playing field. Internet is still a growing phenomenon in India, and all steps must be taken to ensure that commercial interests of a few do not come in the way of this digital revolution – one which starts to benefit the common man in ways unimaginable a few years ago.

These recommendations will be disadvantageous rather than being conducive to start-ups as they will not be able to match up to the premium paid by large companies to service providers . This will ultimately lead to monopolization of very few established ventures and push out start-ups in their nascent stages. It will take away the power of innovation from budding start-ups and will restrict them from exploring the ever-growing potential of internet. From consumers’ point of view, it is extremely necessary to give them freedom of choice in order to create a developed digital ecosystem

Airtel Zero seems like an innovative solution to bring Internet to every person. Whether this is on a firm footing will be decided by the actual implementation. The current way of individual companies buying Internet for their consumers is a slippery slope.

The right way to do it would be through a central consortium formed from the ecommerce companies and who has the interests of both the startups in this sector and the end users in mind. After all Internet is all about freedom of choice. Keeping that in mind, currently it would be free only if you use a particular company makes it free at the cost of the freedom of choice it offers. This is everyone’s loss.

Thankfully, data traffic which is generated by online games is relatively less as compared to high content generating sites like – YouTube and Google. In online gaming it is required to exchange basic client and server information to ensure all players involved in ‘multi-player’ online games have accurate experience. Over the past few years game developers have tried to establish ways of eliminating data loss on the unregulated Internet. However, in some instances especially in games which are fast-paced, data loss or traffic disruption may seem obvious. The only drawback with net neutrality coming into play is ISP may prioritizes data traffic which will be more advantageous for the higher content generating sites as opposed to online gaming.

The basic premise of Net Neutrality is to ensure that consumers get equal access to all the internet services and all the businesses on internet getting equal opportunity. ISPs should not be allowed to create any distinction between them. Users should be allowed to access all the websites at same price, same speed and with equal ease. ISPs should not dictate users on what, how and when to browse on Internet.

Net Neutrality allows all internet businesses to compete on level playing field. If ISPs give preferential treatment to certain website or businesses, it interferes with customer choice as well as affect other businesses especially small business or startups. Going against Net Neutrality will have a detrimental affect on any new startups, who have till now grown over the Internet.

As an user, one would definitely like to see the internet to be open and independent. However, there are issues of legal and commercial importance which need to be addressed. Can operators or governments control or prioritise content that can be streamed over the net. If that be so, then the very foundation of an open internet is in question.

At the same time can it be completely open or some boundaries will have to be defined. From an operators perspective, which is commercial in nature, operators get a feeling that it is they who make all the investments in building the infrastructure for internet access and OTT providers are having a field day at their cost. Operators are faced with a Hobson’s choice as they have to constantly invest in upgrading their infrastructure without a commensurate increase in their revenues. If they don’t upgrade, they are faced with QOS issues.

In my view, this debate around net neutrality within India as well as globally will finally settle with certain clearly defined boundaries which take care of the legal, social and commercial issues confronting this debate.

I believe that telecom companies should not discriminate between services and applications. It would be regressive if companies are allowed to ban or charge higher rates for services such as Skype, Whatsapp and Facebook. This will allow large companies to tie up between each other making small digital companies and start-ups, a big portion of our clientele difficult to be heard in a medium which should be free for all and one that is a basic right.

Discriminating Internet access to services will only help incumbents and be detrimental to startups. Consumers should use a site based on the quality of service provided, not how much money the site/app has been able to pony up to pay an ISP/telco. Spuul is very pro-net neutrality

The Internet is a great leveler, and its beauty lies in the fact that it can offer equal voice, and access to content, utilities and networking, to anyone and everyone with a connection. Like any public space of significance importance, it is important to carefully regulate the domain while keeping intact its benefits to users, which is where it seems we’re perhaps already too late.

India is one of the fastest growing countries in terms of mobile adoption, thanks to the demographic profile of its population. And most Indians will soon access Internet via mobile phones. The sheer potential number of such users makes this new media consumption habit a high-stake game for all involved – from service providers, to players in  online content domain and social media.

While the earlier generation of Internet business models (e.g., of telcos) were based on usage based revenues, new generation business models (for example free messaging and calling apps) are challenging and impacting them by offering the same utilities free of cost. Some social media brands are tying up with service providers to offer access to their platform without paying for Internet connectivity.

The debate is that such models will give some players an edge over the others, due their popularity and financial backing. Some decisions won’t be easy to make. Even in conventional media, advertising subsidizes cost of media and content for the consumers, to the extent that some publications are offered free to consumers to increase circulation.

Having said that, in order to streamline and facilitate constructive growth of Digital India, the government along with regulatory bodies has to quickly arrive on a conclusive act on net neutrality. It will help to have a single regulatory body for single window understanding & clearance, enabling the Government to offer a level playing field for all the parties in the value chain and eventually the consumers. If this is not quickly addressed, we’ll soon have serious social, economic and legal implications glaring at us that may stunt the dream of Digital India.

TRAI looking at regulating WhatsApp, Skype and other OTT services

According to a report in Business Standard, the Telecom Authority of India, is looking at…