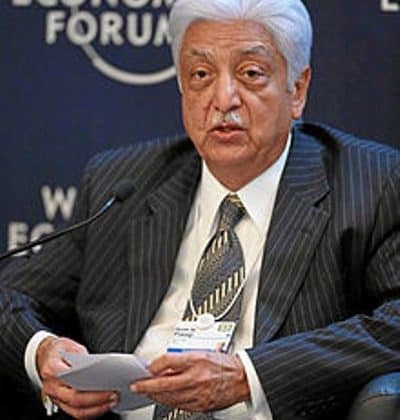 “We urged him to accept Education as the fourth crucial pillar in the slogan for national progress – along with Electricity, Roads and Water (Bijli, Sadak, Paani), and he responded enthusiastically to the idea,” said Azim Premji in a blog published on the Times of India. He mentions in the blog that the CEO of the Azim Premji Foundation Dileep Ranjekar even touched Atal Bihari Vajpayee’s feet out of respect.

Reminiscing some of the good qualities of Vajpayee, Premji says that the former prime minister was an excellent listener, approachable, simple and also had legendary oratory skills. Outlining on Vajpayee’s greatness, Premji calls him a true Indian Statesman of those times. Vajpayee had started Sarva Shisksha Abhiyan, which was a social scheme to provide universal access to free elementary education for children aged 6 to 14 years. Within four years of its launch in 2001, the number of out-of-school children dropped by 60 percent.

The Azim Premji Foundation too works on similar lines as the non-profit organisation presently functions across Karnataka, Puducherry, Rajasthan, Chhattisgarh, Andhra Pradesh, Uttarakhand, Madhya Pradesh, and Bihar. By forming partnerships with the state and central governments, Premji Foundation aims at improving the quality and equity of school education in rural areas. In 2010, 213 million equity shares of Wipro worth around 2 billion dollars were transferred to the Azim Premji Foundation to improve school education in India.

Atal Bihari Vajpayee undoubtedly was one of the most popular and admirable politicians to ever rule India. Atal Bihari Vajpayee envisioned and drafted policies that were way ahead of their time and thanks to some of those policies, the IT, education and telecom sectors are reaping benefits even today. Premji reminiscing about Vajpayee only goes on to prove how respectable the former prime minister was and that the void he left may never be filled.