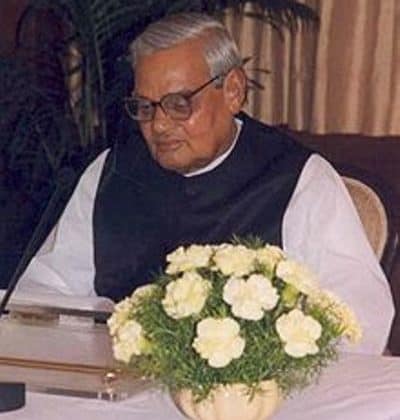 Atal Bihari Vajpayee, one of the most popular and affable politicians to ever rule India, has passed away at the age of 93. All disagreements and mudslinging apart, the one thing that opposition and the ruling Bharatiya Janata Party mutually agree upon is that Atal Bihari Vajpayee was one of the best leaders the country has ever seen. No matter what one’s political inclination is the respect they have for Vajpayee is largely mutual.

The most admirable trait that Vajpayee had was probably that he envisioned and drafted policies that were way ahead of their time. Thanks to some of those policies, the IT and telecom sectors are reaping benefits even today. Some of his larger calls for reforms and policies he drafted faced stiff resistance from his own party men, but are diligently being followed today.

Vajpayee’s push for foreign direct investments, which paved way for major e-retailers like Walmart and Amazon to setup shop in India, threatened his political popularity and led to protests even from his own party men like Mr Murli Manohar Joshi who was one of the biggest advocates of the ‘Swadeshi’ movement. But this step aided to and was one of the major reasons behind India’s economic growth as more and more foreign companies started to invest in India. In March 2000, Bill Clinton, the President of the United States, visited India, which was the first time a US President visited the country in 22 years. This visit to India was hailed as a significant milestone in the relations between the two countries.

Another reform of his that probably faced maximum resistance and led to protests from trade unions and government workers was encouraging the private sector and privatization of some government owned corporations. This step paved way for computerization and the IT reforms that we are seeing today. Vajpayee promoted pro-business and free market reforms to expand India’s economic growth.

Increased competitiveness, extra funding and support for the information technology sector and other industries, improvements in infrastructure, deregulation of trade, investments and corporate laws  all led to increased foreign capital investment and triggered an economic expansion in India. A report mentions that India’s software industry grew rapidly around 2003. From 1.86 billion dollars in 1996 to 1997 the industry grew to 16.5 billion dollars in 2004 to 2005.

His pet projects, that are popular even today, are the Pradhan Mantri Gram Sadak Yojana and Sarva Shiksha Abhiyan. The former project led to construction of roads and connection of 1.78 lakh remote areas and is operational even today. This led to improved connectivity and change in lifestyle of several villagers. Sarva Shisksha Abhiyan was a social scheme to provide universal access to free elementary education for children aged 6 to 14 years. Within four years of its launch in 2001, the number of out-of-school children dropped by 60 percent. A major chunk of expenditure on the program was shared by the Central Government and the remaining by State Governments. The Central share was funded by a number of external agencies, including the World Bank, Department for International Development (DFID) and UNICEF.

Apart from being a full time politician, Vajpayee was an avid lover of music and dance. He was also a published poet. Vajpayee retired from active politics due to health concerns in 2009. The absence of a visionary like Atal Bihari Vajpayee, who really transformed the Indian economy, will be largely felt and is a void that cannot be filled easily.