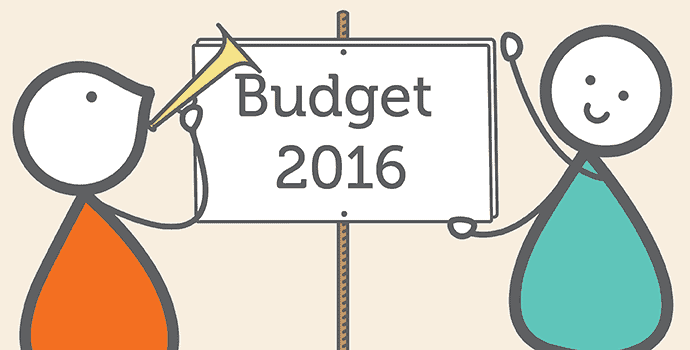 Finance minister, Arun Jaitley, finally put an end to all the anticipation surrounding the Union budget 2016 as he announced the much-awaited “vikaskabudget”. The Narendra Modi government has all this while been pretty vocal about their ambitious plans for the Indian start up ecosystem, especially with their Start Up India, Stand Up India plan that has raised new hopes for the budding enterprises in the country.

We had earlier carried a story on what Indian startups expect from budget 2016. Its now time to assess if the budget 2016-2017 actually managed to live up to the startups’ expectations? By the look of it, it seems like a mixed bag, carrying hopes for some and disappointment for others. Here we bring out the reactions of some of the stakeholders of the Indian start up community to the Union budget 2016.

Considering the fact that Indian economy has held its head high in times of global economic turmoil, our Finance Minister has presented a mixed budget quite favourable for aspiring entrepreneurs.

The 100% deduction of profits for Startups for three out of first five years is great but MAT applicability on Startups will create hurdles in growth as it will impact the initial cash outflow of startups.

It has been proposed to exempt service tax on services provided under DDU GKY (Deen Dayal Upadhyay Grameen Kaushalya Yojana) and services provided by Assessing Bodies empanelled by Ministry of Skill Development & Entrepreneurship.  But Budget should have exempted the service taxes provided to Training partners registered under the said schemes too. Then benefit could be reaped thereby motivating training providers.

We are excited to see Government’s push towards research & innovation and 80% discount on filing patent applications by start-ups will further see new home-grown innovations coming from start-ups. This will  not only  bolster the ‘Start-up India, Stand-Up India’ initiative but also create a great environment for tech innovation in  the country.”

Government has recently been focusing a lot on the growth of woman Entrepreneurs in the country, cheering them to establish themselves. Allotting funds of Rs. 500 crores especially for them will encourage the startup ecosystem to reach another level. Furthermore, since last budget, service tax has been the topic of discussion and by giving 100% exemption; the Finance Minister has done his bit to act as an enabler. Startups can now more effectively and efficiently concentrate on establishing their businesses and weave their path.

We appreciate the Finance Minister’s move on Tax holiday for startups as every startup takes minimum three of five years to setting upthe company. We welcome the effort by Indian government for startup industry. It will give a strategic boost to the current ratio of Indian entrepreneurs and will support the Startup India campaign by Modi Government.

We welcome the Budget 2016-17 as it’s a well strategized move for Indian startup industry. 100 % deduction on profits for 3 out of first 5 years will definitely strengthen the base as it will assist in setting the right pace for the company. Additionally, the amendment to the Companies Act in order to ensure speedy registrations of fresh startups will also lend a positive boost to the startup ecosystem. These positive moves will surely encourage the entrepreneurs wanting to establish themselves as a key part of the economy.

We do not see Excise exemption for smartphones, to support Digital India and Make in India. Smartphone is the ‘first screen’ for many users accessing internet. This would have reduced pressure on civil infrastructure and propel growth from within. We also had foreseen a larger budget outlay for rolling out 4G and Wi-Fi in smart cities, to be subsidized, if not make them absolutely free. This could reduce the pressure on roads, in shopping malls and reduce gas pollution from vehicles. If homes can double up as home office and shopping, we could reduce investment requirement for commercial property.

While it is heartening to see the allocation of funds in Budget 2016 to strengthen higher education through a non profit organisation and skill development through the Pradhanmantri Kaushal Vikas Yojana, the future plan involving the setting up of 1500 skill institutes should be done in tandem with the industry expectations of skills required in various job roles today. For job creation in India to scale up, it is imperative that there is a constant realignment of skill expectations for jobs available in the market for all the stakeholders involved – job seekers as well as recruiters – with the changing nature of job descriptions today.

Posted by: Smita Vasudevan
View more posts
Tags:budget 2016 for Indian startups, incentives for startups in budget 2016, Union Budget 2016
Budget 2016: A hit among Indian Startups or yet another disappointment? 0 out of 5 based on 0 ratings. 0 user reviews.
Le 1s and Le Max up for grabs once again on March 1&2 on Flipkart
Infosys to offer Healthcare analytics solutions on Microsoft Intelligent Cloud Technology

Will Union Budget 2016 bring cheer for Indian IT