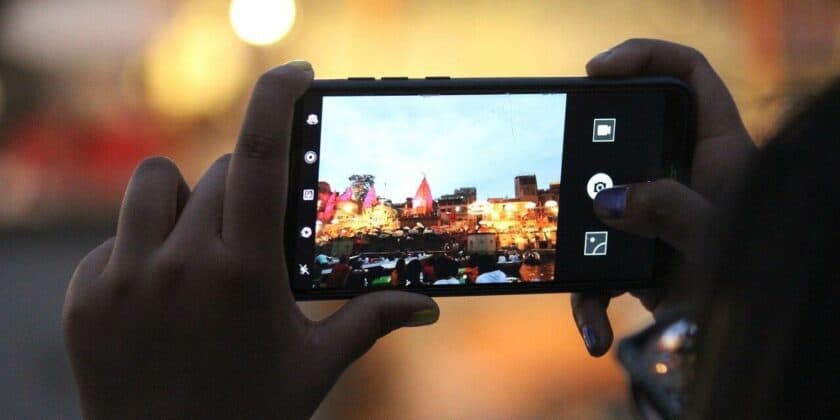 (Read: Part I, The Last Century)

2000s: IT Services, the mobile and VC funding

The real story of the 1990s only unfolded after 2000 and unleashed the era of the IT services giants. In 1999 the Y2K crisis led to end of the world type scares. Nobody really knew what would happen to the computers once we touched the Year 2000 and what would its effects be. But techies all over the world started rectifying the problem and India contributed big time, getting back door entry into the global IT industry. They continue to flourish to this present day.

2000 saw the launch of ITC’s e-Choupal which was a boon for farmers as they got connected to the Internet to get valuable information and help. ITC came out with more than 5000 e-Choupals, but the lack of other initiatives meant that this was just a small bright spot in the rural tech darkness.

While VC funding escaped India in the late 1990s, in 2004 Baazi was sold to eBay. That led to a chain of VC deals that would pay dividends much later. In 2009 Aadhaar was set up, the most ambitious digital identification programme that any democracy had seen in its history.

India continued to be a high growth nation as the PC and its peripherals, laptops and mobiles started becoming household items.

InMobi became India’s first Unicorn in 2011, but after that for some time you would have only 1-2 per year. But VC would become a staple and startup founder/entrepreneur became an aspirational title. In 2012 we had another National Telecom Policy.

In 2013-14 we had our first proper Social Media elections. What happened to Barack Obama in the US in 2008-09 happened to Narendra Modi during this period. The entire national discourse had shifted online and even the towns started paying attention.

In 2016, we had demonetization, which was a 9/11 level event for the monetary system. As a result, the banks of India had to get more online savvy and even co-operative banks had to upgrade. Online money became cool and Paytm a household name. This process went corporate with the introduction GST. Every business big or small had to be on the grid.

The real change probably came with Jio and its free mobile broadband. Jio started giving 30GB a month for free as against 10GB for Rs 1000 which certain schemes offered at that time. This launched the mobile broadband revolution.

We not only got the cheapest mobile broadband in the world but that also led to a revolution in apps, startups and usage in smaller towns. Both the desktop and laptop gave rural India a miss. But the smartphone was now embraced by the villages of India: This is our trump card for the future.

If the 2014 general elections were won on Twitter, the 2019 one was won on WhatsApp, which India has embraced like its own. This is one thing that both senior citizens and villagers seem to be enjoying. TikTok fuelled a craze for short catchy videos on all platforms furthering the penetration of mobiles and broadband.

The government got its act together getting Aadhaar and Jan Dhan bank accounts to all and sundry. This led to the coining of JAM Trinity: Jan Dhan-Aadhaar-Mobile. That’s all the Indian citizen needs to maximize impact in the online world.

The government launched Make in India and Startup India. We touched a century of Unicorns recently. India Stack is the globe’s largest open API. There are other ambitious schemes like Account Aggregator for financial integration. IRCTC has become an online behemoth powering Indian Railways. There have been great PLI Schemes for both electronics and telecom.

2020 was a disaster for India’s economy but we recovered in 2021. There is promise of great growth from 2022 onward. We are on our way to become the world’s third largest economy (behind the US and China) faster than expected.

Ecommerce boomed during pandemic as Swiggy, Zomato, Zepto, Dunzo all became household names. Both the homes and offices of India got upgraded thanks to hybrid work and our workforce is probably touching global standards.

The New Education Policy came out in 2020. Thanks to all the changes in hybrid education, we may find it easier to implement that now. Two neglected areas of AgrtiTech and HealthTech took centre stage. Both are important if we want to be a developed country.

The government continued its good work coming out in short time Aarogya Setu and CoWIN, which looks to be expanded. There are ventures like the Open Network for Digital Commerce which could boost small online sellers.

Probably the biggest story of recent times is UPI, which has been embraced by both urban and rural India along with small and big businesses. It is the largest such platform in the world and other countries want to jump on to the bandwagon.

It seems the Tech India story has just begun.

We usually associate decades with themes and collective events that happened in them. So what…

75 years of Tech India: Part I, The Last Century

2022 has been a landmark year where Independent India celebrated 75 years, the country’s first…

Time for the Indian Tiger to roar

While the world was reeling under the Covid crisis in 2020-21, it was glory days…