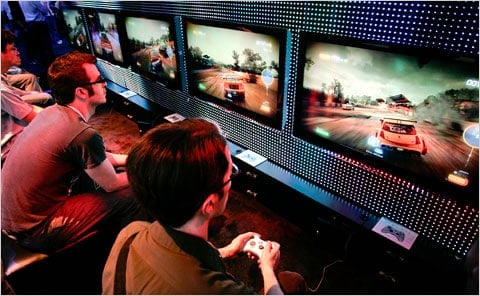 ‘Exhilarating’ is a term that is most apt to describe the current gaming industry landscape. With newer entrants coming in and current dominators in the gaming market constantly updating the features in their games, innovate or perish surely seems to be the mantra for developers of games. Also, a report published by Google India and KPMG pegs the gaming industry at a whopping one billion dollars in India. It is estimated that the online gamer base will grow to 310 million by 2021, owing to the 117 percent spike in searches for online games by Indians. The report called ‘Online Gaming in India: 2021’ also provides a detailed overview of the online gaming industry in India, its potential growth, the challenges and growth opportunities for developers.

Currently, PUBG or PlayerUnknown’s Battlegrounds dominates the Indian gaming scenario. The game, which was released on Android and iOS earlier this year, has become a rage in India. It is also the number one free game on iOS and one of the highest grossing games on Android as of now, and India is one of the top three countries that plays the game. However, a latest development that has taken place in the gaming industry may challenge this domination. Call of Duty Black Ops 4 has been released in the beta mode on PlayStation 4 and is all set for a proper release across platforms like Xbox One and Microsoft Windows.

Similar to PUBG, Call of Duty Black Ops 4 will be multi-player, will have the largest map in call of duty history, land sea and air vehicles, and gunplay. The beta version is already being rolled out on PS4 since 10 September. Developed by Treyarch and published by Activision, it is a sequel to the 2015 game Call of Duty: Black Ops III and will be the fifth entry in the Black Ops subseries. “First time playing call of duty blackout…even tho i got bodied, this is already EASILY better than PUBG (sic),” says a gaming enthusiast on Twitter.

Also, a report on Eurogamer says that recently PUBG dipped below one million daily PC players for the first time since Call of Duty Black Ops 4 started to roll out. However, according to the early reviews that are coming out on the beta version of Black Ops 4, those playing the game state that Call of Duty has heavily borrowed from PUBG and even Fortnite. Black Ops 4 features a battle royale game mode called Blackout, which is very similar to that of PUBG’s. “In both a big- and small-picture way, CoD’s Blackout mode borrows liberally from PUBG. The safe zone’s circle shrinks and moves almost identically to PUBG’s version,” says a report on ARS Technica. Also, Zombies have been brought in on this version of Call of Duty, a feature that is already available on PUBG. However, reviewers are of the view that Black Ops 4 maybe imitating a PUBG on console, but is certainly doing it better than the latter.

Nonetheless, PUBG is widely played on mobile devices, while there is no mention of a mobile version of Call of Duty Black Ops 4 as yet. PUBG also recently updated the game by adding Sanhok Maps and new weapons and vehicles, and user feedback on the same is largely positive. However, how PUBG will fare against Black Ops 4 can ultimately be seen only with the full release of the game on 12 October 2018.

Augmented Reality Is the Future of Mobile Gaming

Augmented reality is already augmenting the mobile gaming market. Since its introduction to the tech…

2 responses to “PUBG vs Call of Duty Black Ops 4: Who Will Win the Internet Gaming Battle?”