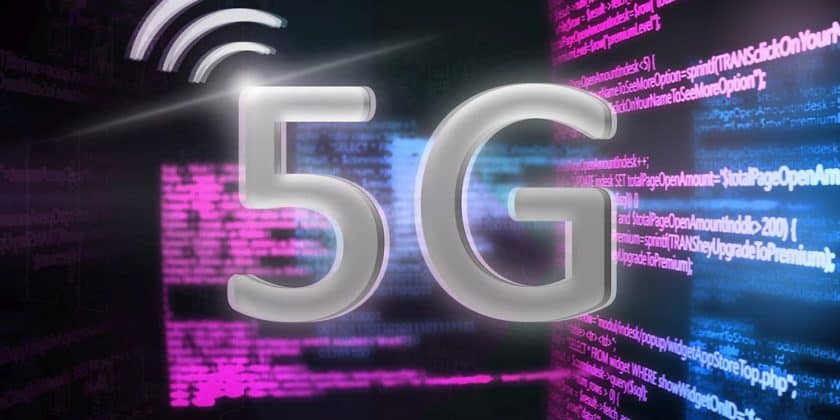 “If we don’t save net neutrality, you’ll get the Internet one word at a time”. This was tweeted by the US Senate Democrat’s official twitter account earlier this year, when the prophecies of a worldwide web slowdown were doing the rounds. Instead, seeing how many people have been streaming Chernobyl, it seems like broadband speed is just getting faster. Today’s online personalities demand faster and more reliable data services, and the next-generation of wireless service – 5G, promises to deliver on that.

5G is designed using a multitude of new technologies, which will deliver data with less than a millisecond of delay, and will bring download speeds to 20 gigabits per second. This technology has a number of uses in entertainment and practical real-life scenarios. Your videos will stream faster. At the same time, manufacturing processes and medical procedures will speed up.  An operation could be performed by a robot that is remotely controlled by a surgeon, who is on the other end of the world. The application would require a high bandwidth and a low latency, both of which are outside the capabilities of the currently-used LTE.

5G technology will also expand the scope of revolutionary systems like autonomous driving, enabling vehicles to communicate with the outside world, without the presence of a driver physically present in the car. It aims to connect all the cars on the existing road infrastructure for a safer and more efficient traveling experience. A wireless cloud-based office and machine-to-machine connectivity will also become the new normal with 5G. In India, Nokia is pioneering the 5G movement by promising that the new network will support high data consumption by providing significantly larger network capacity, higher user throughput and lower latency with an increase in network reliability. 5G network is pushing the Industry 4.0 plan ahead, with Nokia already implementing the first ‘Smart Manufacturing Application of Industry 4.0’, in partnership with BSNL.

How does 5G work?
When 4G network was introduced, it gave the wireless network sphere a much-needed boost. Data could be delivered in approximately 70ms and we could download 1Gb/s. However, wireless networks are now facing one major problem: data consumption.

More people, around the world, with more devices, are consuming data at an unprecedented rate. 5G is the solution to this problem. It’ll be much faster, require less energy, reduce latency, and increase system capacity, along with the number of connectable devices. The emerging technology that will be used in 5G networks is known as ‘network slicing’. It is the ability to segment radio waves into separate segments, where each segment has a different characteristic and is separate from the others. Therefore, conducting an autonomous robotic surgery could use a ultra-reliable slice of bandwidth, whereas, streaming on Netflix could use one much lower slice.

Why will 5G interfere with the ongoing question of net neutrality?
Network (net) neutrality is the idea that the Internet service providers (ISPs) must treat all the available data that travels via their network fairly, without any improper discrimination. They cannot favour one particular app, site or service over another. The term was originated in 2003 by Tim Wu from Columbia Law School. It guarantees the openness of the Internet by assuring non-discrimination of users.

The principle ensures innovation, promotes competition and guarantees the implementation of human rights online. The right to receive and impart information is crucial in the online world.

While the principle of net neutrality is legally secure in more countries, the emergence of new technologies – like 5G – tends to create new-founded, as well as unfounded, obstacles to the preservation of net neutrality.  Net neutrality ensures autonomy and prevents the segmentation of the Internet.

5G’s key feature – network slicing – is being questioned to see whether it can allow the new technology to be treated like its predecessors, in accordance with the global net neutrality policies. Network slicing allows telcos to implement varying quality of services for different applications and functions, which is case-by-case dependent. This is where a conflict arises between the new technology and the principle.

Therefore, logically, the idea of bringing 5G forward in an era where net neutrality is under threat, is flawed. The essential concept of network slicing revolves around offering different slices of the network, under different pricing standards which conflicts with the principle of equal access and non-discrimination. Even though the dawn of the 5G era is inevitable, there is no general consensus on how to prevent it from encroaching on the sphere of net neutrality.

The new technology can enable more efficient dispensing of online resources. However, it can also result in service providers charging different rates for varying network tiers with an uneven quality of service, which is what advocates of net neutrality have long feared.

What does this mean for India and its fight for net neutrality?
Earlier this month, Samsung India announced that it has been working on the 5G network since 2011 and will be ready to test soon. Mobile phone giants, such as Xiaomi and OnePlus, are set to launch 5G-enabled handsets in India soon. In February, Ericsson announced its tie up with Vodafone Idea in order to modernize their network with 5G-ready radio systems and microwave backhaul solutions.

The Indian Government will also introduce 5G in the Indian markets by the year 2020. The Department of Telecom (DoT) announced that they will begin identifying and making available new spectrum bands for access and timely deployment, and growth of the 5G network. Spectrum allocation and upgrades of digital infrastructure have been made priority.

TRAI has publicly backed the basic principles of an open and free Internet. However, it simultaneously recommended that IoT should not be excluded from the scope of restrictions on non-discriminatory treatment. However, certain crucial services must be exempted from these rules.

In order to move with the times and remain a tech giant, some compromises of principles are inevitable. Many 5G applications will have strict data communication restrictions and requirements, leading to traffic management techniques. Not all applications on your phone will be allowed the same amount of network bandwidth. Also, there will be an allotment of network from area to area. The larger cities, with developed infrastructure, will have access to more efficient network slices as compared to those living in smaller and less-developed areas.

Therefore, not only is the new spectrum creating a significant digital divide upon its introduction, it is also taking all the progress made on the net neutrality front ten steps back. In attempting to take over the digital space, 5G network may end up encroaching on some basic human rights. It is up to those promoting the network, on whether this is a fair trade.

Posted by: DQINDIA Online
View more posts
Tags:5G
What is net neutrality in the age of 5G? 0 out of 5 based on 0 ratings. 0 user reviews.
Livspace appoints Joyita Poddar as chief human resources officer
Innovations ahead in cloud computing

5G to unleash a digital revolution that will power Industry 4.0

The number of digitally-enabled products jumped ahead by seven years during the pandemic, and the…