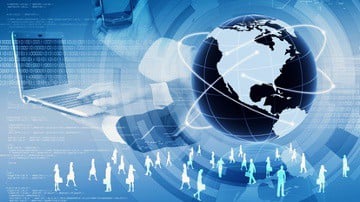 In today’s era of digitalization, we all can mutually agree that data holds paramount importance. The accumulation and assimilation of data has lead to the birth of several new age technologies like artificial intelligence, machine learning and deep learning that are transforming the way of functioning of industries across verticals. The increased consumption of data due to social media platforms and video streaming services has also lead to telecom companies revamping and introducing affordable data plans. Jio GigaFiber, BSNL Broadband and Airtel V-fiber are some of the most sought after FTTH (fiber to the home) services.

With mobile video content expected to grow at 83% CAGR over the next 5 years, data consumption is only set to grow. Thus Indian consumers are increasingly on the lookout for affordable data plans. Here are some of the best FTTH data plans available from BSNL Broadband, Airtel V-fiber and Jio GigaFiber

BSNL currently leads the broadband market with nearly 9.30 million users. To maintain its domination in the market, BSNL Broadband constantly revamps its data plans to provide affordable Internet. BSNL Broadband is offering up to 100Mbps speeds till 750GB, and up to 2 Mbps speed beyond that limit at Rs 1277 monthly. The state run company takes no charges for activation and installation, but users are required to pay onetime security deposit fee along with ADSL WiFi Modem charges. Those wishing to shell-out lesser money for 500GB data at 50Mbps can go for the Rs 777 monthly plan, while there are expensive plans that offer more data as well. The advantage of BSNL is that it is already established and available throughout the country, hence those opting for it will receive the service faster.

Airtel V-fiber or Airtel Broadband follows BSNL in the number of subscribers in the broadband market. Currently live in Chennai, Mumbai, Bangalore, Hyderabad, Pune, Ahmedabad, Bhopal and Indore, ‘V-Fiber’ deployment was part of Airtel’s network transformation program called ‘Project Leap’. Airtel Broadband plans start at Rs 799, and the Rs 1299 plan offers unlimited data with a cap of 500GB data at 100Mbps speeds and unlimited GB at Rs 1999 at 100Mbps speeds as well (Gurgaon circle). Free router and Amazon prime subscription comes with the Airtel V-fiber. Airtel Broadband is built on a fibre optic cable internet which can be connected to a maximum of 10 devices at a time, says the company.

Although it may be unfair to compare Jio GigaFiber fo it is still rolling out with already established players, one cannot deny that the Reliance owned service could soon disrupt the broadband market once it is available. Initially Jio GigaFiber was being expected to be available around Diwali, but even after the acquisitions in Hathway and Den Networks, there is no word on when the service would be available on a full scale. Nevertheless, Jio GigaFiber registration has started and the company is offering 100GB monthly data at 100Mbps for the first three months from the date a consumer registers for the service. Users will also get 40GB additional data after 100GB gets exhausted, the recharge for which can be done via MyJio App and the company’s official website. Users need to submit a security deposit of Rs 4500 that is refundable.

Jio GigaFiber is aiming to make ‘IoT home’ a reality in India with Jio DTH and other smart home solutions at prices as low as Rs 500 a month, suggest media reports. There is no clarity on when the service will be available, but a report on The Quint said that Jio GigaFiber was in the stage of beta testing, meaning employees and those close to the company are testing it out, thus pegging for update on the same in Quarter 1, 2019. Those interested in the Jio GigaFiber have to now invite the service to their respective areas, and the location with maximum requests would be more likely to get the services earlier.

5 responses to “Jio GigaFiber vs BSNL Broadband vs Airtel V-fiber: Best Plan Available as of Now”