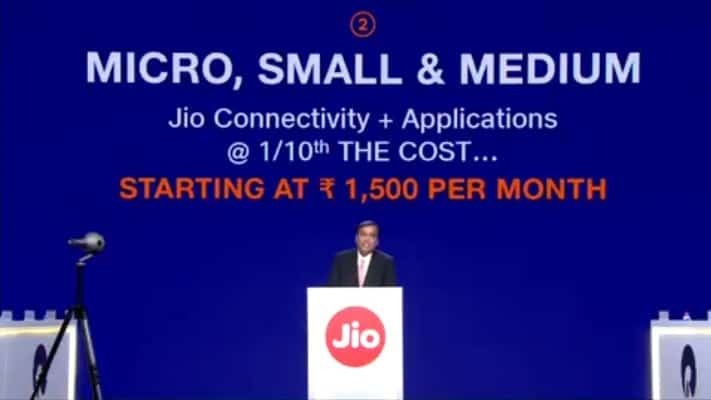 Ever since the JioFiber plans, earlier known widely as Jio DTH or Jio GigaFiber, have been unveiled, there has been a constant discussion around the higher than expected prices. Based on the conversations taking place on social media, and the comments received on various consumer discussion portals, it seems like several people are disappointed with the current JioFiber plans.

“Dear Ambani, do not lose the trust of the consumer, your Jio plan was hit and people started believing in you, but Jio Giga Fiber plan is a complete mess,” says a viewer on DataQuest. “Hope in future or within the next 2-3 months Jio will either modify the price rate or add on new services in the base or existing plans,” says another viewer.

However, there has been no other official announcement from Reliance Jio after the JioFiber plans were announced. Nevertheless,  if consumers were to go by the current plans, the Diamond plan may be the best option available as of now.

In the 42 Annual General Meeting, Mukesh Ambani, Reliance Jio Chairman and Managing Director, announced various features that grabbed the attention of millions of consumers; however, once the pricing was revealed, consumers realized that not all of those features were available for all the plans. If the current plans are to be seen, the Diamond plan seems to be the most economical one that offers all the attractive features that come along with JioFiber, which are as follows:

Also read: Services that are Not Included in Base JioFiber Plans

Posted by: DQINDIA Online
View more posts
JioFiber Plans: Why Diamond Plan May be the Best Option Available for Indian Households 1 out of 5 based on 2 ratings. 2 user reviews.
eBay global inventory is now available on Paytm Mall
ISRO Recruitment 2019: Over 30 Fresh Vacancies Announced at ISRO Centre, Salary up to Rs 1,42,400

The Central Board of Secondary Education (CBSE), Ministry of Education, and Intel announced the launch…

Clover Infotech, IT services and Digital transformation partner for Indian and global companies, has announced…