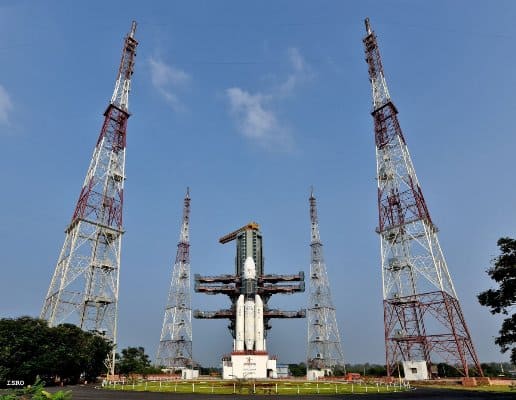 ISRO quiz results 2019 are soon going to be announced; however, few winners have been contacted my MyGov.in officials have shared their moment of victory on social media. Winners or shortlisted participants are being contacted by email and asked to provide their details such as parent’s or guardian’s name, government issued proof of identity containing address and an affidavit from the school confirming that they are students of the school. Only shortlisted participants will be sent an email with the format of the affidavit.

As per a tweet, a student named Kr.Lige Basar of class X from the Vivekananda Kendra Vidyalaya, Oyan, Arunachal Pradesh has apparently been selected as the winner of the ISRO Quiz to watch the Chandrayaan landing live with Prime Minister Narendra Modi 7 September 2019. “It’s a moment of great happiness to all the family of vivekananda kendra that Kr.Lige Basar of class X from VKV Oyan has been selected among top 2 in the chandrayaan quiz conducted by Govt.of India.He shall go to ISRO,Banglore to witness the landing of chandrayaan 2, (SIC)” says a tweet from the Vivekananda Kendra Vidyalaya Arunachal Pradesh Trust twitter account.

Another tweet has confirmed the same. “He earned his place in style! Kr.Lige Basar, cl. X, Vivekananda Kendra Vidyalaya, Oyan, Arunachal Pr is selectd among top 2 in the Chandrayaan quiz conductd by GoI. Wl go to ISRO,B’luru 2 witness d landing of Chandrayaan2 along wth Hon’ble PM, Modiji. Congrats Lige.U do us proud, (SIC)” says a tweet from Sujatha Nayak.

Furthermore, according to a report on The Indian Express, a girl from Pinjore, Panchakula, Haryana has been selected as the ISRO Quiz winner as well. The student by the name Nishita Sharma of Class VIII received an email from contests@mygov.in confirming the same, says the report.

The ISRO quiz results 2019 will most likely be announced on the website only once the winners respond with the affidavit required on their emails. After the closure of the quiz, and prior to the announcement of results, top-scoring students will be contacted, says the MyGov.in website. Along the same lines, students who participated in the ISRO Quiz that was conducted from 10 August to 25 August 2019 to see if they have been selected to watch the Chandrayaan 2 landing live with Prime Minister Narendra Modi from Bengaluru.

Indian Institute of Technology Delhi (IIT Delhi) and the University of Queensland (UQ), Australia have…