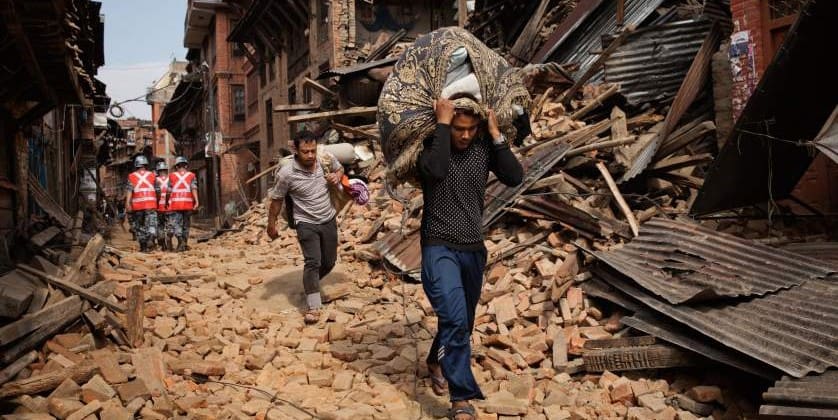 Just two days after the launch of the ‘donate’ button, Facebook has managed to raise over $10 million to help the victims of the Nepal earthquake. Facebook CEO Mark Zuckerberg announced the same in an official post.

We’ve seen our community come together in some amazing ways since the earthquake in Nepal.

We activated Safety Check and more than 7 million people in the area have been marked as safe. More than 150 million friends were notified and those updates let people rest easier and relief efforts remain focused.

We gave people the option on Facebook to support local relief efforts. In two days, more than half a million people donated and raised more than $10 million to support the International Medical Corps relief effort. Facebook will donate an additional $2 million to local recovery efforts to help those in affected areas.

In times of crisis, the need to connect and share becomes even more critical. WhatsApp and Messenger are being used in Nepal and across the region to get help. Aid workers are using Groups to coordinate and figure out how to get to affected areas. Journalists and media outlets are using Instagram as their primary way to share photos of the events.

It is inspiring to see our community coming together to help people in their time of need. We’re grateful to be serving you, and for all your efforts to support those affected by the Nepal earthquake.
Also Read:

Posted by: DQINDIA Online
View more posts
Tags:Facebook, Instagram, Nepal Earthquake, WhatsApp
Facebook raises over $10 million in 2 days for Nepal earthquake victims 0 out of 5 based on 0 ratings. 0 user reviews.
You have become a Business CIO, but where is your team ?
Dave Goldberg, SurveyMonkey CEO & Husband of Facebook’s COO Sheryl Sandberg Dies