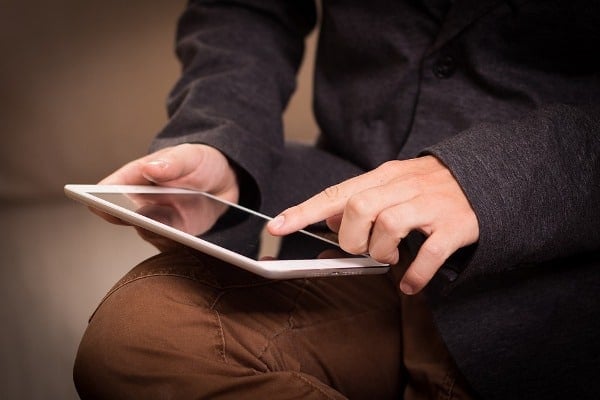 A signature is nothing but a handwritten representation of an individual’s name, or any other depiction that a person uses on documents as proof of their identity.

The history of signatures dates back to 3100 B.C. The signatures of a scribe named Gar Ama on a clay tablet and Spanish warrior El Cid are considered some of the first hand-written signatures in the history of mankind. The State of Frauds Act, passed by the English Parliament, made signing compulsory in contracts in the sixteenth century. From there, we started to sign everything—government documents, school permission slips, banking forms, job applications—to prove our identity and use services.

Apart from this digital transformation, traditional signatures are also hard for government and regulatory authorities to verify.

In 2018, an arrest story went viral on Twitter when police booked an individual on charges of gun possession and posted official documents online that had a peculiar signature. Juan Carlos VarillasBazan, the 31-year old Peruvian man, had drawn a doodle of a kitten in the place of his signature on official police documents. Police later posted Juan’s original identity card for the public to see and ensure that they weren’t being trolled.

The childish doodle actually has a real story behind its existence—when Juan was 16, he had a kitten that he loved very much. To show his affection and honor its memory, Juan signed his name with the kitten’s doodle when he got his first ID card. The rest is history. The national identity board has advised him to choose a more common way of signing to avoid situations like this in the future.

Traditional signatures started being replaced with digital methods in the 1990s, due to their ease of use, security, and verification by governments, banks, and regulatory authorities. With digital signing, the sender of a document could just type the name, draw the signature, or upload a physical copy, and the receiver could then easily verify its authenticity using cryptographic techniques.

Individuals and businesses started to adopt this method widely in the late 2000s when digital signing was announced as a legal and legitimate method of signing in the EU, U.S., China, and many other countries.

How do digital signatures work?

Digital signatures attach a digital fingerprint to documents and check for alterations throughout the document’s life-cycle. Any unauthorized changes made to the documents are quickly detected, and both parties are notified.

Adoption of digital signatures across industries

The worldwide adoption of digital signatures continues to rise due to its ease of use, quick return on investment, and time saved that would normally be spent on manual processing.

Here are some examples of how various industries are applying digital signatures:

MarketsandMarkets, another popular market research company, predicts that the global digital signature market would grow from $1.2B in 2018 to $5.5B in 2023, at a compounded annual growth rate of 36.7%. With the fast-growing BFSI sector and various government initiatives to eliminate the use of paper, countries like India and China are expected to register a CAGR of 31% during the same period.

Governments around the globe are coming up with their own digital initiative program, such as Digital India. The main purpose of initiatives like this is to encourage individuals and companies to access all the government services online, including signing government documents. India allows digital signatures, though in some cases you might need a piece of extra evidence to support them in court.

The challenges of transitioning to Digital Signatures

We can’t just rely on the traditional method of signing documents anymore. It consumes time and paperwork and remains highly unreliable. The future is here—it’s time individuals and companies start using digital signature software to get their documents signed instantly, without compromising security. Digital signing apps help you collaborate, get documents signed easily from anywhere, and say goodbye to document woes.

Posted by: DQINDIA Online
View more posts
Digital Signatures, and Why They’re the Future 0 out of 5 based on 0 ratings. 0 user reviews.
NTT Com-Netmagic Announces Winners of its Startup Challenge 2019
ISRO UNNATI like Outreach Programme for Indian Students Announced, Stipend Rs 8000

2 responses to “Digital Signatures, and Why They’re the Future”