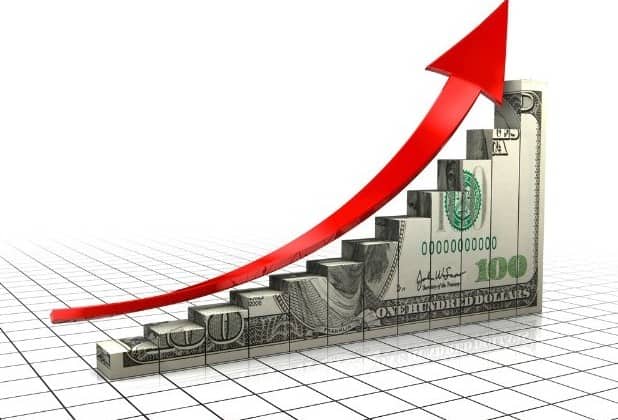 “I can proudly say that India is solidly back on track and marching towards growth and prosperity. We have prepared the foundation for sustainable growth, progress and better quality of life for all our people,” said Mr Goyal as he began his speech. “We are moving towards realising a ‘New India’ by 2022, when we celebrate 75 years of India’s independence.”

Industry reactions have just started to come in and they have the following to say:

The Government, in its Budget 2019 today has articulated a compelling vision for India, both for the medium and long term. It has provided direction, and a finite and ambitious goal for India, of becoming a USD 10 trillion economy by 2030. I look forward to the details and to the Government marking progress against it. For the short term, this is a budget that has something for everyone, but more particularly the middle class, the agricultural community and marginalized sections of society. The sense of inclusion, financial as well as welfare is welcome and much needed to build the force for a stronger nation that can march towards what I call Vision 2030.

The budget announcement that the Government will set up a national centre for artificial intelligence to look into AI programmes is a welcome move. With this, we hope that we get the right set of people, agency and minds to lead this initiative. A policy was much needed from the government around usage of data and AI, so that India can lever on its own creation of data and not just be a digital colony. India is fast becoming the largest consumer of data in the world and we are generating a lot of data while innovating new products and reaching out to new audiences. If this policy is made and executed correctly with the right system design, it will also be a great value add for consumer startups.

The budget announcement in relation to MSMEs and Startups are welcome. Enabling more digital lending for MSMEs, and removing the friction around angel tax would be key enablers to realizing their potential.

It is a very refreshing budget, particularly for the mid salary segment and farmers. With the central government giving 6000 assured income, it will be a great relief for farmers if the state government also contributes 6000 against farm loan waivers. India will soon be at the global forefront of digitalization with the mission to convert one lakh villages into digital villages. The country will also see a significant technological advancement with the introduction of the new national advancement on AI. The ease of obtaining loans will largely benefit entrepreneurs to expand their business and generate more job opportunities.

We welcome the budget! It is a people focus budget. Our honourable standing finance minister Piyush Goyal announced the series of measures in Budget 2019 – 20 to promote AI and infrastructure, and we as a company are looking forward to its future scope. iRAM would be standing with Mr. Goyal’s initiative to build next-gen infrastructure physical as well as social for a $10 trillion economy and to provide Ease of Living. This will also mean opportunities for the smart city venture and companies like iRAM. We will be working closely with the government to make basic facility available like smart parking solutions, smart lighting solutions, infrastructure etc. Also, the announcement to build a Digital India that reaches every citizen by creating innumerable start-ups and jobs, will give a major impetus to the smart city initiative. National centre for artificial intelligence is under consideration. Along with that a national AI portal will be developed soon, and this is a very welcome step for IoT enabled companies like iRAM.

The Interim Budget 2019 comes bearing good news for us at Mobycy. As part of the 2030 vision shared by interim Finance Minister Piyush Goyal, the efforts will focus on making India digital and pollution-free. Furthermore, electric vehicles are going to be a key part of this vision. By introducing dockless bicycles and venturing into the space of electric vehicles for smart shared mobility, we have been actively trying to achieve the vision of a cleaner, greener, fitter India through digital-savvy solutions. We believe that the current boost will enhance domestic manufacturing capabilities in India for electric vehicles, furthermore appraising electric vehicles to mainstream attention and adoption.

National Artificial Intelligence Portal will be a good step towards making Indian economy more FinTech inclusive. We are hopeful that SME Finance would be one of the focus areas for leveraging ML and AI. I think this portal’s framework would be based off a robust data infrastructure. A crucial sub-step would be ensuring financial data (both electronic and non-electronic), as applicable to SMEs, is housed in a robust data lake with adequate protection mechanisms. Once we create a viable data economy for SME’s, the ML and AI frameworks can be applied to meta data of such SMEs. The AI frameworks would then be able to generate insights on SME sectors which haven’t access to finance purely due to lack of bandwidth and ability to harness such data. This in turn would ensure SME access to finance in our country is at par with other nations (if not better). With the portal coming up and streamlined data access (with protection), FinTech ecosystem would receive exponential growth.

Ambitious announcements like sending an Indian to space by 2022 or reiterating commitment to electric vehicles showed that technology will continue to remain an important governance pillar for this Government. For startups, one of key announcements was setting up of one lakh digital villages. This initiative when rolled out will have multiplier effect on startups in segments like edutech, content based companies, media tech and of course fin tech and e-commerce. This will ensure faster financial inclusion of people who still continue to be outside of formal banking system and have no credit history. Jan Dhan accounts and Aadhaar based identification will also accelerate government initiatives designed for poor. Startups working in fin tech and edutech should see this as a promising opportunity to tap the unaddressed and underserved rural population.

The government’s focus to set up a national centre for AI is definitely a welcome move. However, execution will be the key. The success of this highly futuristic mission rests of 3 pillars — talent, money and use cases. We would like to see more clarification from the government on whether this portal will be build a talent pool, where will the funding for this program come from and eventually the success stories from this initiative. Our belief is that PPP model will work to realise this goal. Because if we are able to create talent pool and there is no ground breaking work happening, then this initiative wouldn’t achieve its ambition. We also would like more clarity on how this program will be funded. For such a large initiative where end goal is one, the entire ecosystem has to be evangelised for it to work. Government, private companies and new age startups who are already working in the field will not only benefit from it but will play a key role in growing this program. In conclusion, it is heartening to see our Government’s focus on AI sharpening as governments in other countries have already made a start and investing heavily in AI and AI led initiatives to become a data rich economy.

The announcement reinforces the central government’s commitment towards gearing up for major technology trends. While we wait for more clarity, as an AI start-up we hope this portal will serve as:

Mr Piyush Goel announced 9 top dimensions to this budget and Make in India and Digital India were central to it. Expanding rural industrialisation using modern digital technologies to generate massive employment is the Fourth Dimension of the vision. This will be built upon the Make in India approach to developing grass-roots level clusters, structures and mechanisms encompassing the MSMEs, village industries and start-ups spread in every nook and corner of the country. India is now on the way to becoming a global manufacturing hub in various sectors including automobiles and electronics, defence and medical devices. At Barco, we believe, building an ecosystem to spur local manufacturing is key for India’s success and a steadily growing economy. Not only does it amplify job opportunities, but also gives a competitive edge to build products and solutions “In India, For India.”

Startups and the industry can take clues out of the various topics touched upon in this budget, to understand the direction and focus. Startups will have an integral role to play towards Vision 2030, it’s a great opportunity. The concept of Digital villages and rural industrialisation opens up great avenues for companies and start-ups like us in the IoT and AI space, as well as for those working on building digital infrastructure of a connected India.

The budget gives much awaited technology push for the fast paced Indian economy. The CoE of Artificial Intelligence (AI) reaffirms government’s intention and interest in pushing India to develop as hub of emerging technologies. It shall also prove to play a pivotal role in massification of ground-breaking technologies as well as providing headwind to the ongoing skill development and job creation agenda. It is a huge opportunity for the tech start-ups, and the contribution of India Inc. in the initial stages of implementation shall prove to be significant. The budget overall is positive and covers the entire gamut of economic pillars in one go – farmers, youth, start-ups, women, middle-class segment, defence, green energy, industries etc. It promises to make social security accessible to the unorganised segment. The intent with which the budget has been designed will be best experienced with an effective execution.

All Initiatives Must be Applauded – Sridhar Pinnapureddy, Founder and CEO, CtrlS Datacenters Ltd

Must congratulate the Indian Government for its success on many initiatives taken earlier, including ‘Digital India’, ‘Startup India’, Financial Inclusion and e-filing of income tax returns where 99.54% of income tax returns have been filed and accepted online, while GST filing is fully online, while 34 crore Jan Dhan bank accounts help direct and the plan to converting 1 lakh villages into digital villages to ensure technology is leveraged at the grass roots including telemedicine, distance education, etc., this will help encourage startups and foster growth. Glad to note that the Government e-Marketplace (GeM)has helped MSMEs transact over 17,500 crores. I’m delighted to note that Artificial Intelligence is earning its right place in the country with the government with the formation of National Centre on Artificial Intelligence as a hub along with Centres of Excellence alongside identification of nine priority areas besides a portal – My complements to Honourable Union Finance Minister, Shri Piyush Goyal for taking this initiative. Digital India will lead to enhanced quality of life of citizens, e-transactions (e-buying, e-selling), e-education and pave the way for inclusion of citizens from both urban as well as rural areas and eliminate the digital divide.

Union Budget 2019: 12 Expectations from the Technology Point of View