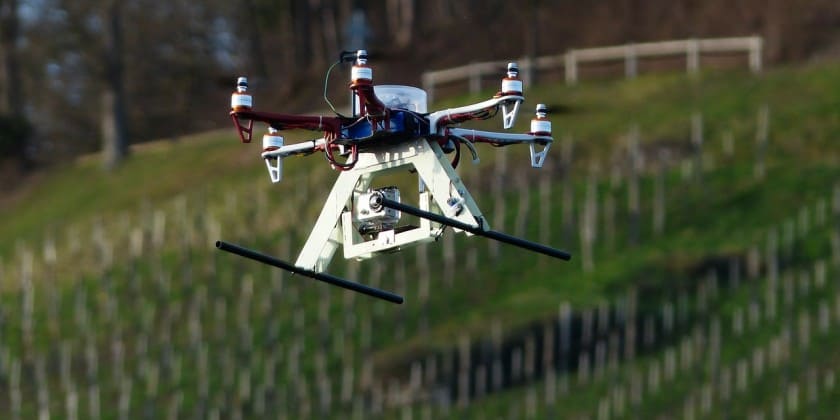 From IT professionals to school students who love technology, almost everyone is now aware that the Government of India has made it legal to fly Unmanned Aerial Vehicles (UAVs) more commonly known as drones in the country. Also known as Remotely Piloted Aircraft System (RPAS), this technology platform that can be put into use in several industries like agriculture, e-commerce, and even traffic management. The regulations are expected to come into place on 1 December 2018.

The new drone policy in India has come as a breath of fresh air for several industries and startups that were looking to leverage the usage of drones to provide recommendations to enterprises by carrying out data analytics on the aerial data collected by these drones. Another sector expected to benefit from this policy are the educational institutes providing training on flying drones. Everyone, including startups to institutes registered with the Directorate General of Civil Aviation (DGCA), is expected to see an influx of students to undertake training in drone flying. After the regulations come into place, drones can be used for surveying and collecting aerial footage, which can open up a lot of job opportunities. According to a study by Association For Unmanned Vehicle Systems International (AUVSI), over 70,000 jobs are expected to open in the US alone. Here are some of the institutes offering the same in India.

IID, an institute registered by the DGCA, offers four courses on drone training. The institute mentions on its website that the drone industry is expected to open up to 70,000 jobs; hence professional training on the same is of paramount importance. The institute offers four courses in 9 cities in India. The courses offered are as follows: 1 day crash course at Rs 4900 to know everything about drones, markets and regulations; 4 days short course at Rs 16,900 to learn on regulation simulation training and drone pilot training; 7 days course at Rs 28,500 that also covers a course on how to make drones; and 10 day course at Rs 49,000, which provides a comprehensive training on drone flying.

Avian Aerospace claims to have been involved actively in imparting training programs on UAV, Robotics and IoT through its training arm – Avian Workshops. The institute apparently has trained over 16,000 students. The internship fee ranges from Rs 4250 (for one week) to Rs 9500 (for one month).

The company, which is a startup of an alumnus of IIT Kanpur, apart from providing hands on drone training, also develops drones of 1 to 5 meter wingspan, 1 to 10kg payload, and 1 to 5 hours flight time. They also claim that the top 10 percent participants also have the chance to sit at a direct interview for jobs.

Aerizone is an India based global platform for Drone services, which calls itself the ‘Uber of Drones’ for it intends to provide drones with UAV pilots for service on demand all over India. The company has drone technologies including 3D mapping, thermal imaging and the capacity to navigate large areas of any terrain. The website of Aerizone claims that some of their clients include the Indian Army, The Art of Living, Wildlife Conservation Trust and so on.

One response to “Over 70,000 Jobs Expected in Drones Industry? Five Drone Training Institutes in India”