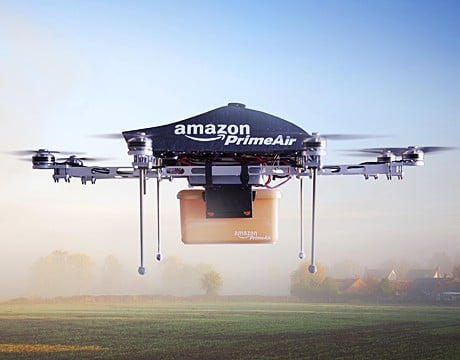 A policy that was awaited for years by students, professionals and enterprises has finally come into place. The Government of India yesterday announced a new drone policy wherein people will now be allowed to use Unmanned Aerial Vehicles (UAV) with a few rules and regulations in place. The regulations are expected to come into place on 1 December 2018. Remotely Piloted Aircraft System (RPAS) commonly known as drones are technology platform that can be put into use in several industries like agriculture, e-commerce, and even traffic management.

The regulations that have come into place are based on the weight of the drone using which they have been segregated into five categories namely nano (less than or equal to 250gm), micro (250 gm to 2kg), small (2kg to 25kg), medium (25kg to 150kg) and large (greater than 150kg). The air space where drones will be allowed to operate too have been partitioned into the following zones: Red Zone (flying not permitted), Yellow Zone (controlled airspace) and Green Zone (automatic permission). The ‘no drone zones’ are areas around the airport, international borders, Vijay Chowk in Delhi and areas with military installations.

This news is being welcomed by drone startups in India that were waiting for this policy to come into place to enable sales of their products. AirPix is one such startup that provides recommendations to enterprises by collecting aerial data through its drones and carrying out data analytics. Some other startups that deal with drones and trying to make it big are GarudaUAV, IdeaForge and Edall Systems to name a few.

However, the Drone Policy in India has another clause that might be a hindrance for companies like Amazon, Google and Microsoft. The policy has put a ban on delivery of goods as of now, which is bound to hit e-commerce companies that were looking to use drones to deliver their products in a more efficient and faster way. Let us now take a look at how the drone policy in India is expected to affect each of these companies and the UAVs they were working on.

Amazon is working on their very own drone named Amazon Prime Air, designed to deliver packages to customers in 30 minutes or less. The product is being tested in the US. Prime Air would be a good addition to the manual delivery system that Amazon has as of now to increase efficiency of package delivery. This, however, cannot be applied in India until new tweaks are announced to the existing policy. Nevertheless, the sweet news for Amazon is that students and professionals are increasingly looking for drones that are on sale on the e-commerce site. Consumers are  looking for prices of drones in India in large numbers. Products like DJI Mavic Air priced at Rs 90,000 and Parrot Bepop 2, which is currently available in the US at $340.98 (approximately Rs 23,900) may be bought by consumers leading to added revenue for the website. There are also several drones available on Amazon used for recreational purposes that may be bought by students.

Google Wing May Not See the Light of Day in India

Google was developing its very own product Wing, which was only focusing on delivery of goods, to compete with traditional goods delivery companies like FedEx and DHL. The product, which is currently being tested in US, as of now cannot make it to India due to the policy in place. The Project Wing was aiming to increase access to goods, reduce traffic congestion in cities, and help ease the CO2 emissions attributable to the transportation of goods.

DJI is using Microsoft Azure as its cloud computing partner to help turn vast quantities of aerial imagery and video data into actionable insights for thousands of businesses across the globe.

Section 377 Verdict: How Technology Majors are Celebrating in India

A verdict that was eagerly awaited by the LGBT community finally came into play yesterday.…

From IT professionals to school students who love technology, almost everyone is now aware that…