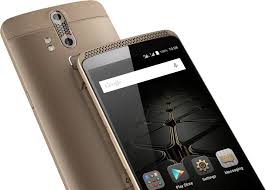 ZTE Mobile Devices, announced that it has secured the fifth position for highest smartphone shipments in Europe from January to March 2016.  According to Counterpoint Technology Market Research, ZTE’s market share continues to soar and the report is based on research on approximately 90 percent of smartphone makers around the world.

“We’re very excited by our achievement in Europe, especially given that there are so many other smartphone companies that are trying to gain popularity here,” said Jacky Zhang, CEO of EMEA and APAC, ZTE Mobile Devices. “As we continue to launch premium smartphones pegged with an affordable price tag, it makes it easier for consumers to try our devices. We are thankful for the support fans have given us and we’re confident that we’ll soon rise to number four in Europe.”

AXON and Blade Series Continue to Flourish in Europe

ZTE is building up its consumer brand image in Europe, one of the world’s most mature and competitive mobile markets, by providing affordable mid-to-high-end devices. By focusing on its core AXON and Blade series, ZTE has seen steady progress in Europe. ZTE recently launched the AXON 7 in China and is positive about consumer demand for the device when it will be launched in Europe. As of the end of 2015, more than 30 mn Blade phones had shipped in over 50 countries worldwide, with Germany, France, Spain and UK contributing largely to this number.

Success Attributed to Long-term Commitment and Localization in Europe

The demand for high performance and reliable devices is rapidly increasing, and ZTE understands that challenge thoroughly. To meet consumers’ needs in the region, ZTE is committed to building a long-term presence in Europe. ZTE’s rapid growth in Europe can be attributed to its many expansion efforts, such as increasing cooperation with large retailers so that consumers can have more access to the devices. Germany is one of the major European markets and ZTE has been very successful in developing and producing handsets for the carriers for almost a decade. ZTE aims to reach a market share of 4 percent in the next 12 to 18 months in the German smartphone market. To help spur this growth, ZTE recently became a co-sponsor of top German football team, Borussia Mönchengladbach. ZTE’s commitment to Europe can also be seen with having a smartphone design centre in Munich, and led by its German Chief designer, Hagen Fendler.

Spain, another key country for ZTE, has been growing rapidly in recent years. In 2016, ZTE has increased from 3 percent of market share to 4.4 percent. Sports marketing and co-branding in Spain have also contributed to its success. At the Mobile World Congress in Barcelona in 2016, ZTE signed with Sevilla Football Club to become its official smartphone partner, and extended its sports marketing efforts by sponsoring the Copa del Rey championship (King’s Cup). To add on to its focus in Spain, ZTE Experience Tour was kicked off in Barcelona as well. Currently, it is in the midst of a 30-city experience tour across Europe to allow consumers to have a closer look and experience with the devices. To date, more than 20,000 people across the continent have been able to experience ZTE’s devices and share their feedback.

Half of organizations in the US and Europe lag in IoT adoption: HCL

HCL Technologies (HCL), the IT services company, released the findings of an independent survey of…