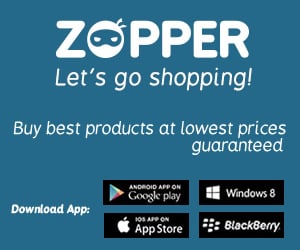 Zopper, one of India’s leading hyper local mobile marketplace, has appointed new talent in leading positions merely a week after the opening of its new operational office in Bengaluru. Ashish Baweja has taken on the role of Senior VP- Engineering while Prashant Kumar will steer the company’s expansion as Head-Operations. Their strategic appointment is directed towards strengthening the operations and technology areas of the company giving new zing to its growth mandate.

The company has activated expansion on an accelerated pace and wishes to further its services across 30 cities within the next 12 months. Playing a pivotal role will be Ashish Baweja an IIM Lucknow alumni, with an expansive experience across notable brands like Adobe, Oorja and Mac Millan Publishers. Prashant Kumar is an IIT Delhi pass out with a PGDBM from IIM Bangalore and was earlier associated with Flipkart as Director- Operations before joining Zopper.

With the new hiring in place and by establishing base in the IT hub of Bengaluru to benefit from its technological goldmine, Zopper is taking tall strides in its endeavour to become the marketplace of choice for shopping on mobile in India.

Mr. Neeraj Jain, Co-founder & CEO, Zopper commented, “Zopper is on the path to expanding its orbit pan India on an accelerated pace.  We wish to build our talent pool to drive and sustain this growth plan through an enterprising and bankable foundation. With experienced leaders like Ashish and Prashant on board, we expect to bring this plan to fruition in the coming days.”

The company aims to fortify its network across the country on the back of its new infrastructure and through systematic execution of its city-wise operations to achieve a significant consumer base.

Zopper, hyperlocal electronic marketplace, has announced a Mega Festive Sale as the seasonal festivities are…

“Fundamentally, we are trying to empower the retailers through digitisation, business enhancement and new revenue…