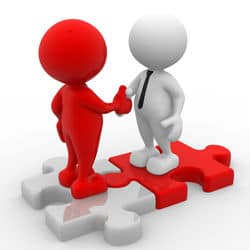 Zero-rating programs, which allow consumers to access certain Internet content and services without it counting against their monthly smart phone data plans, should be welcomed as a way to increase value for consumers, not as a threat to the open Internet as some critics have charged. This is the main conclusion of a new analysis by the Information Technology and Innovation Foundation (ITIF), a leading technology policy think tank.

ITIF urges the Federal Communications Commission (FCC), along with regulators around the world, to create more certainty in the marketplace by declaring that open-participation zero-rating programs are indeed in the public interest.

“Those who argue zero rating is a ‘sneak attack’ on net neutrality are capitalizing on rigid abstractions and demagoguery to sway the FCC,” said Doug Brake, ITIF telecommunications policy analyst and the report’s author. “Doing so turns a blind eye to the numerous benefits of zero rating for consumers and competition alike. The FCC and its counterparts around the world should recognize these programs are in the public interest.”

In the report, Brake outlines a series of benefits for consumers, content providers, and the Internet ecosystem as a whole that stem from zero-rating programs:
· Zero rating is an economically efficient way to support innovation.

· Zero rating is generally pro-competitive because it allows companies to differentiate offerings.

· Zero rating provides consumers more of what they want.

· Zero rating leads to more efficient use of networks without hurting quality.

Brake also refutes critics who assume that zero-rating programs will be a race to the bottom in which users will only choose to partake in a narrow set of offerings. As programs already in place have shown, most customers who are introduced to a stripped-down version of applications will soon migrate to the full Internet. Furthermore, zero rating does not diminish quality or availability of other services. If anything, additional data would be available to explore other services outside the zero-rated offerings. Moreover, zero rating programs can mean much more efficient use of scarce spectrum resources with no diminution of consumer benefit.

Thus far, the FCC has taken a case-by-case approach to overseeing these business practices. Brake suggests that while it makes sense for the government to retain oversight, the FCC and its global counterparts should resolve uncertainty in the marketplace and formally recognize the procompetition, proconsumer benefits of zero-rating programs.

“Zero rating is a win for content providers, who see more use of their products and services,” said Brake. “It is a win for network operators, who are working to gain market share and explore new business models to meet growing demand. And most importantly, it is a big win for consumers, who end up getting more for less. Given the broad success of zero rating thus far, it is time to send a strong signal to innovators that this kind of program will not be obstructed by governments.”