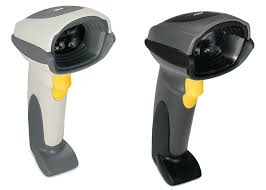 Zebra Technologies Corporation, that give enterprises real-time visibility into their operations, announced the launch of two new two-dimensional (2D) scanners in India. The 3600 Series is Zebra’s new line of 12 ultra-rugged scanners, offering prolonged durability, enhanced scan performance, and unparalleled manageability in demanding industrial environments. The DS4308-XD, purpose built for electronics manufacturing, captures a variety of barcodes and marks emblazoned on circuit boards and other electronic components, delivering advanced scanning technology to track every component on the production line.

There has been a steady shift in the industry to using 2D barcodes as it encodes more data than 1D barcodes. Correspondingly, the global scanner market is experiencing an accelerated investment migration at 60 percent of revenues from traditional laser scanners to camera-based 2D imagers by 2018, exceeding industry expectations. 2D imagers also have grown at a compound annual growth rate (CAGR) of 10%, outpacing the laser market (-8%) and overall total handheld market (+5%).

Optimized to read extreme density barcodes, the DS4308-XD can scan 1D, 2D, and PDF417 barcodes quickly and more accurately, including those that are a half-inch or less at near contact.
The DS4308-XD is able to capture barcodes on various media, including those printed on paper, plastic, metal and electronic sub-components such as the Printed Circuit Boards (PCB), or memory chips. It also reads small direct marks printed on non-reflective surfaces, and barcodes displayed on mobile devices or computer screens.
Designed to be used in noisy production environments, the DS4308-XD is the only scanner in its class to integrate haptic (vibration) feedback. This allows workers to know instantly that they are about to utilize the right component on the production line, even if they cannot hear the beep.
Data capture is made easy, fast, and accurate in DS4308-XD with an integration of functions including omni-directional scanning and reading at any density or distance.
Smart auto-host detect cables automatically determine which interface is attached, eliminating the need to scan numerous configuration barcodes.

Apart from these two new scanners, Zebra had announced other 2D-capable devices in the first quarter of the year: The TC8000, an innovative touch mobile computer that is able to enhance productivity by 14 percent and reduce worker fatigue; as well as RFD8500, the multi-operating system RFID sled designed to turn any Android and iOS  mobile devices into a handheld RFID and 1D/2D barcode scanner.

“In a highly competitive environment, SaveMax needs to set itself apart from our competitors by innovating and adopting the latest technologies. We want to future-proof our Point of Sales by implementing 2D scanners today. The latest generation of 2D imagers from Zebra are simply more productive than the traditional 1D laser scanners. In a high-volume retail setting like ours, cashiers never have to align the barcodes on merchandise with the scanner, and, as a result, they are vastly more productive.”says Joanito Iwan Tamsil, Information Systems & Technology Director, SaveMax Super Grosir.

CEAT Limited, the tyre manufacturers, has reported significant increases in productivity and reduction of supply…