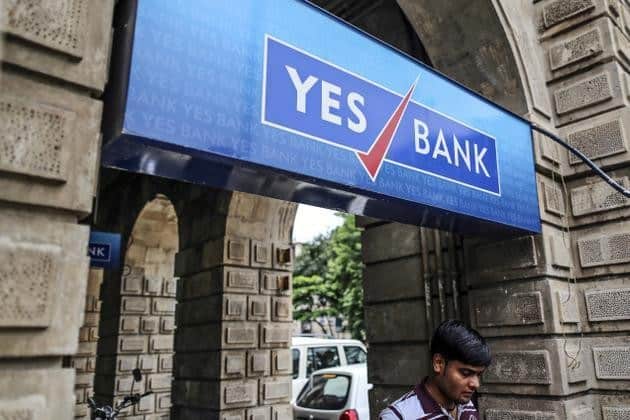 YES BANK has launched SIMsePAY, a unique innovation that allows any account holder to do money transfers, pay utility bills and other mobile banking services, without the need for smart phones or internet. The offering is based on a frugal “sim-sleeve” technology, in association with Taisys Technologies, who holds global patent for the same, and has implemented the same successfully in other countries including Kenya and China.

YES BANK has launched the services with the District Co-operative Bank, Dehradun, and subsequently plans to launch it across the country. The pilot launch takes place against the backdrop of the Government’s digital payments drive and is a part of YES BANK’s ongoing efforts to broad base the Digital Payments infrastructure in India and also complements the bank’s extensive bouquet of state of the art digital offerings as a leader in technology and innovation in the banking sector.

SIMsePAY will cater to the large section of Indian population who remain unbanked or under banked due to lack of access to smart phones and mobile internet(close to 650 million feature phones). This represents a very large inherent market need, and hence a huge scope for the SIMsePay solution.

YES BANK plans to garner a base of 500,000 SIMsePAY users by 2017. Elaborating on the initiative, Mr. Rana Kapoor, MD & CEO, YES BANK said, “YES BANK is proud to pioneer this unique solution, which will empower all bank account holders and enhance efficient digital financial inclusion in the most efficient manner. YES BANK is committed to fully support the Government’s demonetization and digital payments initiatives. Through the launch of SIMsePAY along with Co-operative Bank tie-ups across the country, we will effectively aid our country’s ongoing transition to a ‘less-cash’ society, and eventually a ‘cashless India’.”

The product will be offered to customers in a phased manner. The first phase will involve collaboration with Co-operative and Regional Rural Banks to target those among whom adoption rates of smart phones, internet connectivity, and access to financial services (or bank accounts) is low and limited. The second phase will involve direct outreach to the target segment through YES BANK’s Banking Correspondents network (over 40,000 Pan India).

Over the next few weeks, YES BANK will be tying up with various Co-operative banks across the country to facilitate a pan-India roll out of the product to existing bank customers. Since Co-operative and Regional Rural Banks do not have mobile banking licenses, the SIMsePAY solution will enable them to reach out to a wider range of their target audience as well.

How SIMsePAY works:
1. SIMsePAY is a wafer-thin sticker that can be pasted on to any type of SIM card (Standard, Micro or Nano) of any Telecom service provider.
2. This sticker installs a SIM Tool Kit (STK) based application which can be accessed by the consumer on ANY mobile phone without the need for internet connectivity.
3. This SIMsePAY sticker will be linked to a Co-branded Prepaid Wallet or a Prepaid Card issued by YES BANK (which can be loaded up to INR 50,000) or the Co-operative Banks’ Account by the consumer to perform various types of transactions, such as:
-NEFT/IMPS based Fund Transfers
-Check balances and generate mini-statements
-Payments to merchants for small and large value purchases
-Bill Payments, Top-ups, and Recharges

What makes it a Game Changer in digital banking space:
Works with ANY mobile phone (Feature or Smart)
Works with ANY Telco (independent of the underlying SIM Card)
Works without Internet Connectivity through encrypted SMS
No additional charges / special charges on the SMS
Works at ANY time of the day with a simple User Interface
High security transactions using encrypted SMS technology

What makes it a Sound Business Proposition:
India has over 900 mn mobile phone users of which close to 650 million are feature phones
While India is the second biggest smart phone market in terms of active unique smart phone users crossing 220 mn, only 3% use Mobile Apps for Banking
Just 39% of mobile users have internet connection, and only 50% them use mobile internet on a daily basis
‘Not having access to internet’ is one of the prominent reasons for not using digital banking solutions

Over the past month, YES BANK has significantly ramped up proactive measures to support the Government of India’s landmark demonetization and propel digital payments in India. In addition to waiving MDR charges across all debit & credit card users (till Dec 30, 2016) and aggressively rolling out of PoS across the country, some of the measures taken by YES BANK include state-of-the art offerings for its consumers across all these platforms like YES PAY digital Wallet, YES Tag – Chatbot Banking offering money transfer services and social media banking, partnership with Tone Tag and UltraCash for sound wave based payments and integration of NFC into our Credit Card offerings.

In an industry first, in the BFSI sector, YES Bank has opted for iCubesWire’s AI…