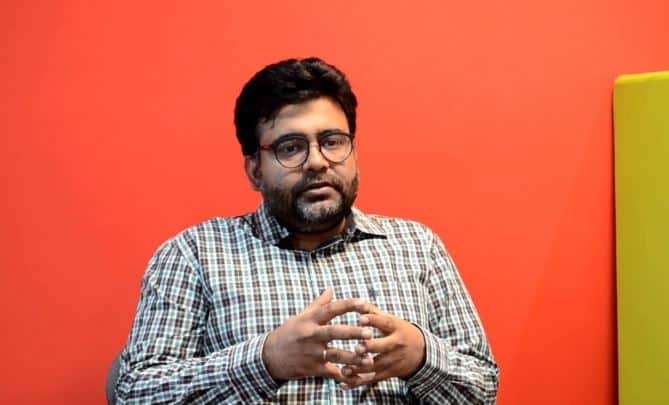 With over 2.6 million songs across Indian and international music, Wynk Music app, a Bharti Airtel company, is a name to reckon with today. The beauty of the app lies in the fact that it allows users to download songs and listen to them offline. The music app covers all genres – Bollywood, pop, rock, bhangra, devotional, emotional, romantic, party, and retro songs, etc. But the app is the result of state-of-the-art cloud engines. “Wynk has given a new dimension to music streaming industry in India. We’ve always aspired to be on every smartphone in the country. As you know, beyond cities there was problem of good high-speed internet. To handle this we introduced a number of features,” said Sudipta Banerjee, CTO, Wynk, who is leading the technology operations from front at the organization and is the brain behind many technology-led steps.

For Wynk, one of the biggest challenges has been to ensure that users are able to seamless music even without the internet. It was not easy. However, it took an innovative approach and introduced a feature that set a new trend in the whole industry. “We know that mobile internet wasn’t consistent in the country. Hence we became the first ones to introduce offline streaming in India. Now users could download the songs within the app and listen to them even without the internet. This feature hit the road of success for us and set a new benchmark in the industry,” added Banerjee.

Wynk’s offline feature suddenly attracted YouTube’s and others’ attention. However, to stay ahead of the curve, Wynk uses modern tools and is a 100% cloud-based business. “At Wynk, we’ve deployed the best of tools and use cloud services such as Amazon Web Services as our objective is to provide seamless experience through our app,” further said Banerjee. Despite being an Airtel company, Wynk operates like a startup and is quick to take actions.

Famous apps that should be seen on every teenager’s smartphone

By: Vedika Malhotra, Intern, Dataquest Smartphone, the trendy drug among teens these days, is the…

One response to “Wynk sets a benchmark in the music streaming domain: Sudipta Banerjee, CTO”