With International Women’s Day round the corner on March 8, it is that time of the year when we celebrate the success and accomplishments of women achievers. It is also the time when we reflect on the key issues that thwart the goal of women empowerment and liberation. Among these issues, women safety and security continues to be the biggest roadblock on the path to women emancipation.

Although, it would require a multi-pronged strategy from the government and transformation initiatives at several levels to tackle this serious issue, smartphones can really come to rescue during times of distress. We list here five free apps that you can use as a first step to ensuring security:

Delhi, which is often dubbed as the rape capital of India, has seen a steep rise in the number of crime against women in the last few years. According to popular media reports, Delhi witnessed an 18.3% rise in crime against women in 2014 as compared to 2013. As a step to make the city a safer place for women, Delhi Police in January launched a free Android-based app called, ‘Himmat.’ 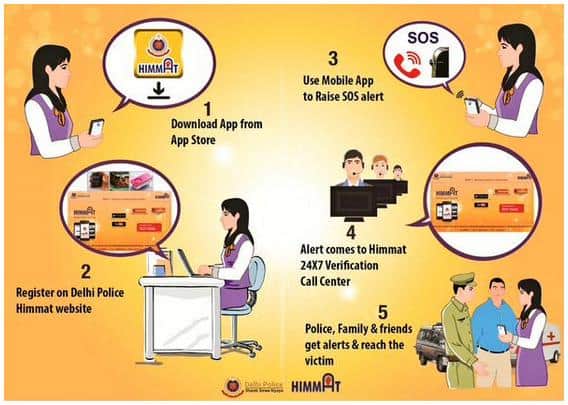 In case of an emergency, the user can send an alert by shaking the phone or by the power/soft button. As soon as the distress button is pressed, it triggers a 30-second audio and video recording on the phone which is relayed to the Police Control Room. Once alerted, Delhi Police can send the nearest available police personnel for help. The app also has a feature of sending SMS alerts to minimum of five friends and relative of the user.

Posted by: Shweta Nanda
View more posts
Tags:free safety apps, mobile apps, women safety apps, women's day
Women’s Day special: 5 free mobile apps for emergency situations 0 out of 5 based on 0 ratings. 0 user reviews.
The DevOps Impact on IT Outsourcing
Inspiring Women from Indian IT Share Experiences and Insights on a Career in IT