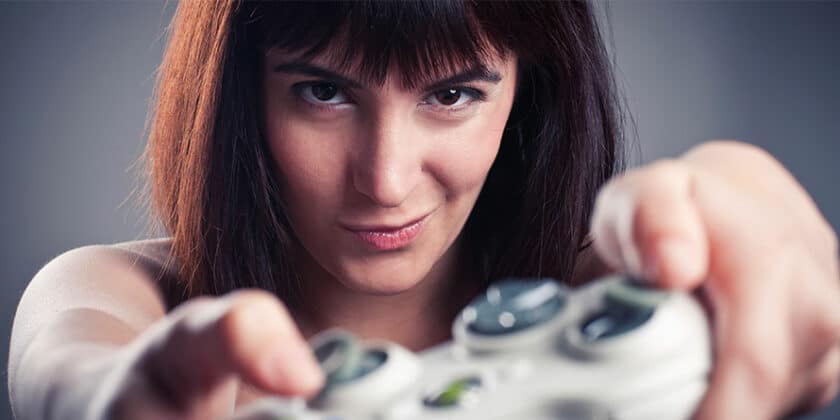 Women are carving a niche for themselves in the online gaming space. Be it gamers, streamers, game developers or entrepreneurs. Today, women are a significant part of the industry as they make up for half of the hyper-casual gamers.

There are a significant number of female influencers and companies that have come into light in recent times. Besides this, their contribution in the development of games is remarkable.

According to ‘Think with Google APAC – Play like a Girl Report, 2020’, 18% of all gamers in India are women. Moreover, the number of women is increasing at a faster rate than male gamers. Particularly in the current scenario things are changing, fast.

The Future of Women in Gaming

India has over 250 million mobile gamers and this number will reach 368 million by the year 2022. The gaming industry is growing, and women form a huge part of this market place.

Among them, 12 % are from the age group of 25-44 and 28 % are over 45 years. From this, we can draw the conclusion that women are going to shape the growth of the sector in the coming years.

Visibility of women in the gaming industry is increasing with time owing to the emerging online gaming culture. Additionally, the popularity of female gamers is also rising, especially on social media platforms.

For instance, Sunita Thapa Magar has 3.95 million subscribers on Youtube. Similarly, other popular gamers include Vidushi Suryavanshi (Mogambo), Mudra Roy (thewallflower), Manasvi Dalvi, Shagufta Iqbal (Xyaa) among others.
Today, entry in to the world of gaming has become easier.

The industry is more accommodating for people from various races and geographies. This can be seen in the growth of female gamers over the years. A sizable portion of these users are casual gamers and the rise of mobile games played a big part in pushing this trend.

This indicates that it is about time we started having the necessary conversations to lay the groundwork for the bright sparks that female gamers and developers are.

We can take inspiration from South East Asia where women game developers are continuing to enhance existing games and create new formats with art styles and graphics that offer exclusive experiences to female gamers.

Online Gaming as a Career

Five years ago, it was unimaginable for anyone to look at online gaming as a career option. But today the space offers a bright future for women from all walks of life.

More women in the industry are being appreciated for their professionalism, experience, and love for gaming. However, there is a higher need of a policy framework to cater to their needs.

The situation has started to change in the global market because many companies are adapting to a more diverse workforce. The Indian IT/ITES industry, including gaming, cannot stay too far behind.

We’re dawning upon a new age for female gamers. It won’t be surprising if we start noticing more women themed designs, graphics and lead characters. As women shape the gaming industry, they’ll soon have more influence on the overall ecosystem as well.

The engagement of women in online gaming is poised to increase exponentially in the coming years with the increase of accessibility and affordability of gaming technology. At the same time, the industry is evolving for the better, into a more inclusive and gender-sensitive one and encouraging women gamers, content creators and hosts. This is an ideal time for women gamers and developers to excel in and mould this ever-emerging industry.

Buoyed by a highly user-friendly interface that has appealed to people of all ages, online…