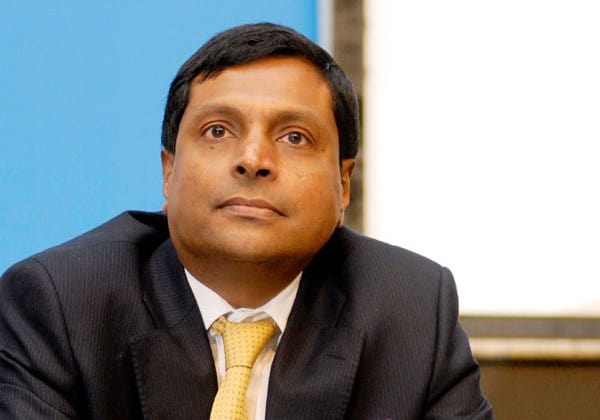 The formation of new business unit, Wipro Digital reflects on the company’s growing focus around new technologies and will be a key to expanding its market share in the future

The IT major was ranked #4 in the DQ Top20 2015 survey. As the IT services industry went through yet another difficult year, Wipro continued with its struggle to get its performance back on track. Overall, it was a mixed performance from Wipro as the company inched forward with a humble 8% growth in FY15 over the last fiscal. The IT services segment, which forms the lion’s share of its business, saw a 10% increase in revenues in FY15, while this was partially offset by a 12% decline in its IT products business. Wipro has been consistently reducing the proportion of IT products business, which now holds only about 7% of the total revenues.

During the year, the company continued to face challenges in certain business areas, especially in the oil and gas segment, that dragged down growth below analyst expectations and the industry average. Wipro has higher exposure in this vertical as compared to its closest peers like TCS and HCL. The fall in the global energy prices hence impacted the company’s performance in the fourth quarter. Verticals like manufacturing and healthcare performed relatively better during the year. The company’s infrastructure services segment showed good momentum. Some large deal wins brought in good news for Wipro in FY15. The IT services major added 194 new clients in the IT services segment. The major highlight was the billion dollar outsourcing deal it struck with ATCO, the Canadian utilities and logistics company, which was also the biggest deal in its history. In the process, it also acquired the IT services business of the company. Global IT research companies like Nelson Hall believe that the deal will help revive its energy and utilities business to a large extent. It is also expected to expand its presence in the Canadian market. Other prominent deals included the one with power and automation technologies major ABB, and a five-year deal with Levi Strauss. The company also acquired minority stake in Drivestream, a US-based Oracle cloud applications systems

framework that is aimed to improve productivity in infrastructure management and application management contracts. Towards the end of the fourth quarter, the company appointed Abid Ali Neemuchwala as the Group President and Chief Operating Officer. Abid will be heading the service lines of Global Infrastructure Services, Business Application Services, Business Process Services, and Advanced Technology Solutions. In an interesting turn of events, Rishad Premji, the elder son of Wipro promoter Azim Premji, was appointed to the company’s board of directors. Wipro like its close rival Infosys has been taking up restructuring initiatives to revive its business.

To capture the growing opportunities in the digital space and to strengthen its focus around it, the company has carved out a separate unit called Wipro Digital. The new unit is  mainly focused on banking, manufacturing, healthcare, and CPG (Consumer Packaged Goods). Wipro will be aiming investments in new technology areas like automation and Artificial Intelligence (AI), to keep pace amid intensifying competition in the IT services space. Digital will continue to be a strong focus area and the new business unit will be a key to drive fresh opportunities. The company will also be focusing on strengthening its delivery model and will invest in its customer relationship teams to deepen client relationships. Going ahead, the IT services provider will be looking at gradually moving towards a non-linear business model, delinking revenues to headcounts. The ServiceNXT investment was a significant step taken in that direction.