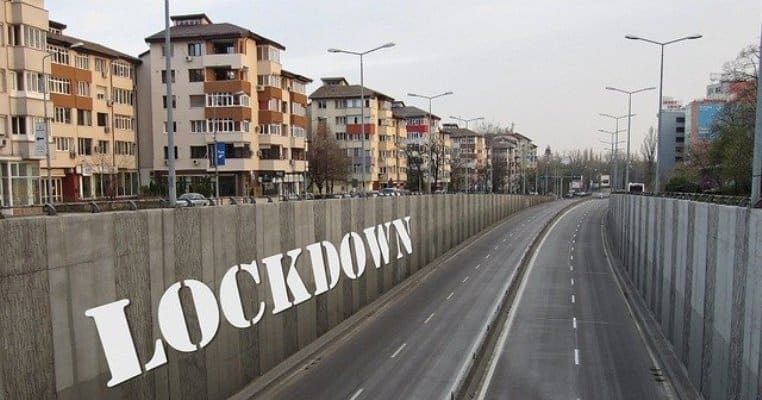 The Government of India has today issued a clarification over a social media message that has gone viral on Facebook, Twitter and WhatsApp. The message claims that there will be a lockdown again in India from 15 June (Monday) onwards. Due to the viral message being widely shared on social media, several concerned individuals have also questioned government authorities on its authenticity.

“India is planning to go under complete Lockdown again from June 15 has been going on social media platform that claims another lockdown could be imposed in India after 15 June. It also says that the Ministry of Home Affairs will impose a complete ban on air and train travel, (sic)” says the message.

This message has led to confusion and concern among a few citizens of the country who are questioning if there will be a lockdown again in India. “Will India be Lockdown once again from 15th June? In great confusion?” asks Vikram Singh. “Is India going again in lockdown from 15 June 2020?,” asks Amit Vikram. “What is this? Full lockdown again?” asks Ruhi Singh among others.

However, PIB Fact Check has demolished all such claims. “Claim: A viral message on social media claiming reimposition of strict Lockdown. PIB Fact Check: FakeNews. There is no such plan under consideration,” said a tweet from the official handle while asking everyone to beware of rumour mongers. 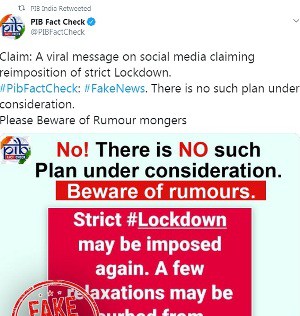 After observing a lockdown for nearly two months, the graded unlocking or Unlock 1 has begun in India from 8 June onwards. The Government of India has allowed the opening up of malls, offices, restaurants, and even religious places as long as they follow the Standard Operating Procedures (SOPs) of social distancing. However, schools, colleges, and other educational institutions continue to remain closed.

Posted by: DQINDIA Online
View more posts
Will there be a Lockdown Again in India? No Such Plans Says Indian Government 0 out of 5 based on 0 ratings. 0 user reviews.
ISRO Invites Applications for a New Online Certificate Course on Satellite Photogrammetry: Here’s How to Apply
Artificial intelligence will make healthcare jobs more effective: Sarit Kumar Das, Director, IIT Ropar

Tech Mahindra Invites Applications from Freshers for Training Program, Jobs Could be Offered After Completion of Courses

Tech Mahindra has partnered with CareerLabs to transform over 3,000 graduates into skilled professionals through…