As the world is grappling with Covid-19 crisis, people are forced to work from home due to social distancing norms to restrict the spread of the viral disease. But, certainly, it has also created a new problem, as a big population of our workplace is working from home and using Wi-Fi connectivity on a large scale creating internet problems. But evidently, technology is the solution to the persisting problem and this particular problem can be decoded by using a new version of internet connectivity called “Wi-Fi 6”.

What is Wi-Fi 6?
Wi-Fi 6 is the newest version of Wi-Fi and is based on the IEEE 802.11ax standard. It offers a number of advantages over older Wi-Fi technology. Wi-Fi 6 isn’t a new means of connecting to the internet like fiber – rather, it’s an upgraded standard that compatible devices, particularly routers, can take advantage of to transmit Wi-Fi signals more efficiently. Basically, it is designed to enable users to more easily understand the type of devices they are using.

Difference from other Wi-Fi
The latest Wi-Fi standard offers faster data transfer speeds. If you are using a Wi-Fi router with a single device, maximum potential speeds should be up to 40% higher with Wi-Fi 6 compared to Wi-Fi 5.

Wi-Fi 6 accomplishes greater speed and bandwidth by efficient data encoding, resulting in higher throughput. Mainly, more data is packed into the same radio waves. The chips that encode and decode these signals are more powerful and can handle the extra work. 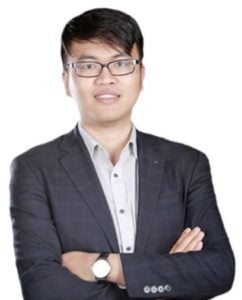 Advantages of Wi-Fi 6
Wi-Fi 6 is more than just a new name. There are many significant improvements that are incorporated into Wi-Fi 6 that will make it much more useful to wireless users around the world. Here are some of these advantages:

Increased battery life: Another important benefit of Wi-Fi 6 is the increased battery life that devices accessing a Wi-Fi 6 network will enjoy. Battery life is extended through a feature known as Target Wake Time (TWT). TWT enables the Wi-Fi access point to communicate with your device to tell it when exactly to turn its Wi-Fi radio to wake up and go to sleep. This helps conserve power as your device will spend more time in sleep mode than with previous Wi-Fi generations.

Better performance in congested and restricted areas: Wi-Fi tends to get bogged down when you’re in a crowded place with a lot of Wi-Fi enabled devices. The new Wi-Fi 6, also known as 802.11ax, incorporates many new technologies to help with this.

One way this is accomplished is with a technology known as Orthogonal Frequency Division Multiple Access (OFDMA). This allows a wireless channel to be divided into a number of sub-channels that can each be used to carry data for a different device. This allows a single access point to communicate with more devices simultaneously.

When we can use Wi-Fi 6?
Officially, Wi-Fi 6 was introduced in the year 2019. But, many major IT and networking companies are still to come on Wi-Fi by introducing new devices that can work on the same platform i.e. Wi-Fi Routers, Smartphones, Laptops, etc. Currently, there are some Wi-Fi routers that work on Wi-Fi 6 but there are hugely expensive. However, in the coming years more and more enterprises will be shifting to the newer generation of Wi-Fi.

Future scope of Wi-Fi 6
As we have witness connectivity problems due to the overloading of the internet grid from multiple usages in the times of Covid-19, Wi-Fi 6 is a blessing for future contingencies. It can provide faster internet speed by evenly distributing the spectrum to different products and can also help in sustaining IoT (Internet of Things) applications that are going to come handy in future technology. All in all, Wi-Fi 6 is what 5G is to telecommunication.

Posted by: DQI Bureau
View more posts
Tags:Wi-Fi 6
Wi-Fi 6: A much needed technology to cater to future contingency 0 out of 5 based on 0 ratings. 0 user reviews.
IIT Madras and Great Learning Launch Certificate Online Course in Software Engineering for Cloud, Blockchain and IoT
Evolutionary digital journey to a new normal for enterprises