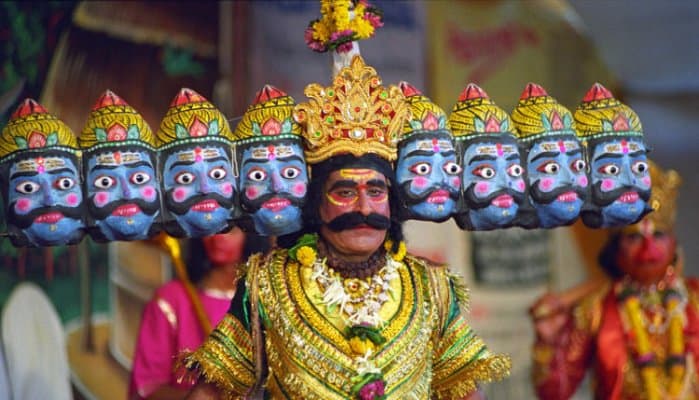 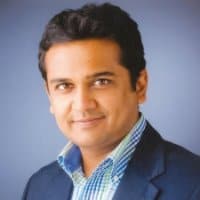 “The evil that men do lives after them; the good is oft interred with their bones.” wrote Shakespeare in Julius Caesar. How very true.

Can you imagine Ravana being ever remembered if he had not been an evil man?

Of course this post is NOT about being evil, but the importance of having a few evil villains in our lives.

They take away what you love the most

I often quote Ravana in giving an example of extraordinary ambition and courage. There have been many kidnappers in the past and present (will be in the future), but have you ever heard of a kidnapper who kidnapped the wife of a GOD? That takes a hell lot of courage.

I was a very happy, hard working, ambitious and successful young man in my father’s socks factory. When I entered the factory, I was 22 and as luck would have it, I chanced upon exports of socks and made that a big success. At 28, I was the Rama of Socks!

But my uncles (my dad’s brothers) were not happy about my new-found success and growing dominance of the family fortunes (since I was making the most money). They created immense problems for me and made my life in my factory impossible. They did a Ravana on me and took my loved job away!

This made me quit my business and startup contests2win.com – my first online startup that went ahead to change my life forever.

The experience was shattering. Leaving behind a cozy, well oiled and very profitable business because of spite was very painful – a la what Ravana did to Sita – but in the end, it turned out extremely positive for me.

A famous lawyer D.H. Nanawati (now deceased) once told me in a consultation: “Alok, thank your uncles for your success. Without their torture, you would have still been making socks…”

Now, if you think one battle was not enough, my second venture – Mobile2win, whose China business was acquired by Walt Disney, was snatched away from me in India. Read how investors dragged me out of my own Company. I developed blood pressure from that transaction, but also made lots of money! That incident (and cash) further propelled me to start Games2win and that has turned out to be a good success story in itself.

Lesson – When Evil comes, so does personal challenge, change and opportunity.  Use the circumstances to succeed.

When trouble comes, people rise – often above their expectations

I love the story of Hanuman and how Ravana exposed his true strength. As the fable goes, when Hanuman reached the edge of India and realised that Sita was in Lanka – separated by a vast expanse of water, he was in a quandary of how to get to the other side.

Hanuman meditated, remembered his Lord and Master Ram and them screamed “Jai Siya Ram” and LEAPT. His utmost faith and belief in his Lord carried him across the sea and landed him into Lanka. One can say that the term ‘Leap of Faith’ is what Hanuman defined!

But that is not the real gem of the story. This is:

When Ram reached the edge of India and realised that Sita was in Lanka, can you imagine what he did?

He planned the construction of a bridge, waited till it was ready and then crossed. So the question is – Why did he not leap himself?! After all, he was GOD! HE could have said his own name and leapt and the monkey army could have done the same!

The sublime reasoning is that sometimes, the Devotee is even more powerful than the Devoted just by the POWER of Faith. Similarly, often team members and employees are more devoted and convinced of a startup’s success than the founders themselves.

Lesson: Your Ravanas will not only invoke the fight in you but also amongst the closest to you. People close to you will rise beyond their own expectations and will thank you for helping them make that meta leap.

So, while Ram was a God and all that jazz, he had a tough time fighting Ravana. He couldn’t vanquish him easily and struggled to cut him down.

It was the revelation of Ravana’s weak spot (his belly button) that made Ram finally get rid of him.

Similarly, our own battles against evil and bad people are not easy. Just because you are good and righteous does NOT mean that you will win.

In Games2win, our best flash games got stolen. If we had tried to fight that war using logic and lawyers, we would have bitten dust. Instead, we went on to invent ‘invisible ads’ that tricked the pirates and beat them at their own game. That invention alone made us scale from zero to hero.

Lesson: Fight evil and your enemies with your might and mind. Thank them for making you go beyond the normal and giving you a chance to do what you could never have imagined.

All these battles will make your life very memorable and when Ravana burns, you will think of him fondly – not with any malice.

Alok Kejriwal is a digital entrepreneur, based in Mumbai. He sold his last Company to Disney. He currently runs Games2win and is the founder of therodinhoods.com – India’s only social network for entrepreneurs. Connect with Alok on Linkedin, Twitter @rodinhood & Facebook

Posted by: DQINDIA Online
View more posts
Tags:Alok Kejriwal, Indian Startup, Indian startup challenges, Indian Startups
Why we all need a Ravana in our lives 0 out of 5 based on 0 ratings. 0 user reviews.
Carnegie Mellon researchers show how 3D printing can be used to repair damaged hearts
Self repairing cities: Researchers show the future of smart cities with robots that can fix streetlights and repair roads

Why startups hold the key for transforming governance in India

As a country, India is perhaps at the right inflection point. The government of India…