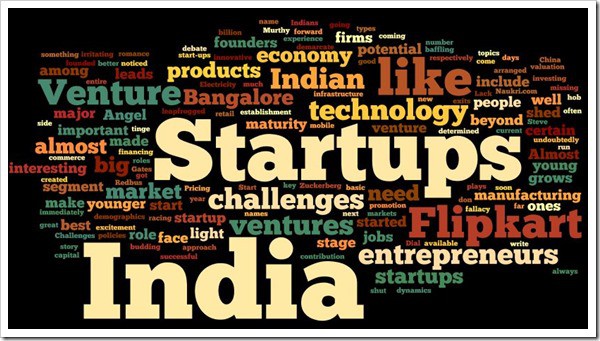 As a country, India is perhaps at the right inflection point. The government of India is aggressively promoting digital India with the ultimate objective of powering India into a digital powerhouse backed by the foundation of technology. At the same time, there is another massive wave that is sweeping India. The startup wave has reached unprecedented heights, and India now is one among the first five largest startup communities in the world with the number of start-ups crossing 4,200 (according to a recent Nasscom-Zinnov report). The Prime Minister too has been pitching actively for startups, and has publicly quoted that startups are key for India’s transformation.

Given the fact that the Government wants transformation enabled by technology, and wants to quickly move with speed to solve some of India’s biggest problems, startups may hold the key for transforming India, as they can look at traditional problems with new solutions.

Take an area like agriculture, which is now plagued by serious issues of farmer suicides and lower yields? Can startups make a difference? Bangalore-based startup, CropIn Technology, has a mobile and cloud-based solution that aims to empower the Indian farmer by making every crop traceable. By using a mobile app, 600 acres can be covered in one man day vis-à-vis the 90 man day period that is typically required. The result – farm productivity has been raised by a minimum of 10-15 percent.

Another big problem that India faces today is the lack of electricity. India has always been a power deficit country, and has consistently suffered grid failures and power blackouts. While the government is looking at technologies such as smart grids to curb thefts and leakages in transmission and distribution, the answer may lie in a solution by Delhi-based startup Zenatix. The startup uses sensors and smart meters to monitor real-time power consumption and advises firms on how they can cut down their energy consumption with minimum effort. For example, for the Indraprastha Institute of Information Technology (IIIT-Delhi ), the firm has been able to save more than Rs 18 lakh per annum, which is roughly equivalent to one month’s energy consumption. Similarly, Mumbai-based startup 2020 Imaging, is looking at using video analytics to prevent stampedes, detect terrorist attacks and aid traffic management.

Armed with a disruptive and frugal mindset, startups can completely change the way traditional problems can be conquered. Unlike traditional firms, startups are not bothered about legacy technologies – they are only concerned about providing value – as it is the key for their existence and future competitiveness.

As more and more Indian startups enter the fray, they will start challenging the way traditional technologies are deployed and implemented. While not every startup will be a success, their rapid rise will ensure that traditional giants will be forced to think innovatively and push the bar for excellence.

Posted by: Srikanth R P
View more posts
Tags:Indian Startups, Startups India
Why startups hold the key for transforming governance in India 5 out of 5 based on 1 ratings. 1 user reviews.
Microsoft collaborates with FKCCI to enable more than 200000 SMBS across Karnataka to adopt cloud by mid-2016
Quikr Acquires realtycompass

Startups and the value of transparency

“Truth never damages a cause that is just.” ― Mahatma Gandhi A group of…