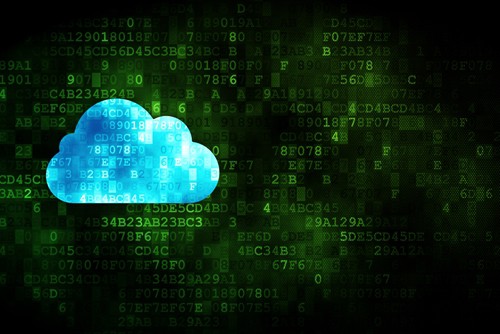 It’s been a busy year. The pace of technological change has increased significantly, putting increased pressure on enterprises and their IT departments. However, the upside of new technology is access to new capabilities that can transform a company’s competitive edge. One of them is Kubernetes.

But, before we get into that, let’s look at a little IT history.

The past two decades has seen massive technology changes. The distributed server paradigm evolved into web-based architectures, which matured to service orientation before finally moving into the cloud.

The cloud revolution has been fuelled by virtualization and its widespread adoption has transformed the modern data center. But it didn’t stop there. In fact, the un-checked proliferation has created some of the same challenges that cloud was designed to resolve. Things like sprawling and expensive to maintain server farms.

The machines may be virtual, but managing them can still be a chore. So enterprises are looking for ways to to provide more agile and cost-effective ways to build, deploy and manage applications. Which is driving interest in another fairly new and exciting idea … containers!

Containers help companies get more out of their IT

Containers do the same job as virtual machines, providing a separate venue for applications to operate within. The big difference is that that container technology can run an application in a fraction of the compute footprint a virtual machine requires. This is because they don’t have to run a complete instance or image of an operating system, with all of its attendant kernels, drivers and libraries.

What’s more, as well as taking up a tiny percentage of the room, extra containers can be spun up literally in microseconds, compared to minutes or even longer for virtual machines.

It really works. For example, Google uses containers – over two billion of them every week – to run its cloud services.  Many of Google’s most popular services, like Gmail, Search, Apps and Maps run inside containers that operate in Kubernetes, which is an open source container cluster orchestration framework that Google actually started itself in 2014.

Kubernetes works in conjunction with Docker, one of the providers that has made containers popular in the cloud world. While Docker provides lifecycle management for containers, and Kubernetes then takes this to the next level by providing orchestration and the ability to manage clusters.

HDS is part of the container crowd

Google isn’t going it alone. In July (2015), Hitachi announced its support for Kubernetes on Hitachi Unified Compute Platform (UCP) converged infrastructure solution. This is great news for customers because it provides a proven enterprise-class private cloud infrastructure for developers and customers to orchestrate and run container-based applications with a full microservices architecture.

Kubernetes and VMware running side-by-side on converged platforms, such as UCP, offers companies an enterprise solution for both container-based applications and traditional virtualized workloads.

One of the biggest benefits of having Kubernetes orchestrate container management, is it can manage and allocate resources on a host/cluster dynamically with fault tolerance to guarantee workload reliability.

Kubernetes allows the definition of resources and labels on nodes, enabling the user to select and control where the defined resources can be run.

Labeling also allows the running of Pods on different tiers or configurations of hardware. For example, a set of production nodes with a higher set label will allow Kubernetes to select and manipulate pods and services related to that label. This enables Kubernetes to deploy workloads to these blades based on labeling to assure all resources are being utilized based on the end user’s requirements.

UCP and Kubernetes, a compelling combination

UCP can quickly scale from 2 to 128 nodes to provide a rapidly increasing capacity for Kubernetes to schedule nodes and manage containerized workloads. Kubernetes will orchestrate the deployment, scale and monitoring of those containerized services – all while running side-by-side on the same platform with virtualized and bare metal workloads.

Kubernetes is great news for both the developer community and IT administrators looking for accelerated application deployment. And things are only going to get better. HDS is already considering advancements and new features for this solution including hybrid configurations with GKE and AWS cloud services, streamlined and fully automated Kubernetes cluster deployments within UCP and integrated container registry.

It seems like once every five years or so, the IT industry witnesses a major technology shift. With more applications contending for I/O resources I am betting that in the next year or so, converged solutions combined with Kubernetes will be seen as a viable “virtual alternative” to legacy systems that were not developed with containers in mind.

And that’s far from crazy!