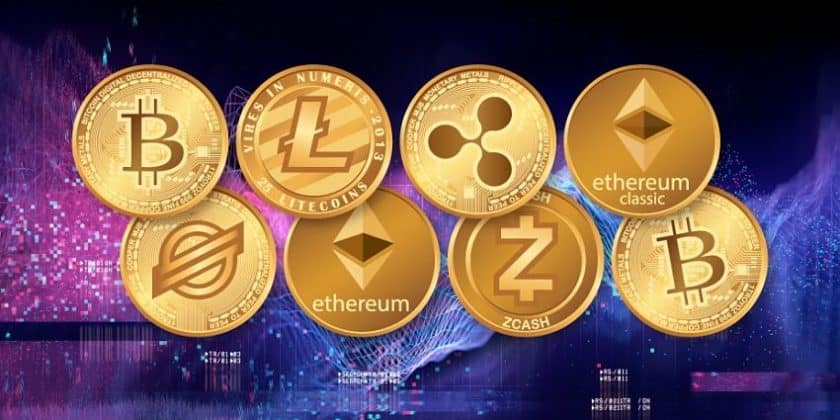 If you work in or want to invest in the cryptocurrency industry, one of the most typical pieces of advice you’ll hear is that “the market is extremely volatile.” That’s because Bitcoin, and indeed cryptocurrency, has embodied the term “roller coaster ride” from its birth, with its dramatic oscillations. Over the span of a decade and a half, it has experienced incredible lows and incredible highs.

But, on the other hand, what is the source of cryptocurrency’s volatility? What factors influence its prices, and will it ever reach a point of equilibrium? We’ll go through these tips in detail in the post, and maybe you’ll get the answers you’re looking for.

To comprehend why the cryptocurrency is so volatile, you must first comprehend the nature of volatility itself.

Despite the enormous media coverage that cryptocurrencies have received over the years, the cryptocurrency business is still small compared to fiat currencies and gold. Even at its peak, the bitcoin market was valued at around $2 trillion.

When compared to the total value of the gold market ($7.9 trillion) and the expected value of the US stock market, which is $28 trillion, it still has a long way to go before it reaches that level. Because of the market’s smaller scale, minor effects may have a greater impact on the price of the item. The price of gold would barely budge if a single group of investors decided to sell $500 million worth of gold. If something similar happened to Bitcoin, the entire market would be disrupted, and the price would drop. However, because the cryptocurrency sector is still in its infancy, there are a number of opportunities to enter the market with a fresh and exciting proposal.

The great majority of cryptocurrencies, such as Bitcoin, are entirely digital assets with no physical backing, such as money or a commodity. This means that the pricing of their items is entirely decided by supply and demand considerations.

The price of Bitcoin is determined by how many people are interested in purchasing Bitcoin at any given time because the supply of some cryptocurrencies, such as Bitcoin, is predetermined and predictable. There is no real thing that can be used to back up the value of the major cryptocurrencies, and no authority can force their use as a payment method. This implies that their value is entirely based on faith. Individuals who no longer believe that the price of Bitcoin will remain stable or rise will almost certainly sell their Bitcoin. As a result, a cycle is formed, with the price fast reducing as a result of other people selling their things as well, lowering the price even further. The inverse can also happen, resulting in significant price increases and the emergence of overinflated price bubbles. Despite the swings, the price of crypto has been continuously rising and is a solid indicator for potential investors.

The price of crypto may become unstable as a result of the bitcoin community publicizing security flaws in an effort to create remedies. Ironically, this approach to security produces fantastic outcomes, as evidenced by the countless beneficial open-source software activities, such as Linux, that have resulted from it. To establish successful solutions for cryptocurrency, Bitcoin and crypto developers must expose security issues to the rest of the world.

Both cryptography and open-source software development are based on the same core principle: Users should have access to and be encouraged to use the source code. By taking this method, the community accepts responsibility for bringing up concerns with software design, as well as for achieving a consensus on fixes to the underlying source code. Youbit, a South Korean cryptocurrency trading firm, saw losses of up to 17 percent earlier in 2017, causing the company to file for bankruptcy. This fills investors with dread, pushing them to liquidate their holdings in order to avoid similar situations in the future.

The technology is still in its early stages of evolution:

Blockchain and other competing crypto technologies are still in their early stages of development and are only now seeing widespread use. Given that the notion of cryptography-based decentralized currencies was initially outlined in the Bitcoin whitepaper only a decade ago, the market will need some time to mature. Despite this, a vast number of companies, like Microsoft, PayPal, Etsy, and others, have already embraced blockchain technology and are actively promoting and advertising it. As long as technological issues, such as the blockchain scalability issue, are addressed in the timeframe expected by many, bitcoin values will continue to fall.

It is considered to be one of the most important elements leading to the bitcoin market’s volatility. Investors can wager on whether the price of certain cryptocurrencies will climb or fall by buying and selling them. The inherent volatility of the cryptocurrency market draws speculative traders looking to make large sums of money by correctly predicting price movements. You can earn in the cryptocurrency market if you can forecast when the price of bitcoin or XRP will surge and buy right before it happens. Similarly, if you can short sell a coin just as it is about to collapse, you may profit. Short selling is a straightforward notion in general: a trader borrows a stock, sells it, and then buys it back to repay the lender.

Short-sellers bet that the stock they’re selling will lose value in the future. Many investors try to predict the ups and downs of the bitcoin market all the time, which is exceedingly difficult. These speculative investments exacerbate the already tumultuous market by increasing volatility, while critics add fuel to the fire by asking, “Why is the crypto market down?”

Bad news hurts its value by a lot

Geopolitical crises and government officials’ comments that bitcoin is likely to be controlled are examples of news events that worry bitcoin users. There were a few shady characters among Bitcoin’s early adopters, which resulted in sensationalist news stories that heightened investor fears. During bitcoin’s roughly 10-year life, the collapse of Mt. Gox in early 2014, as well as the insolvency of the South Korean cryptocurrency exchange Youbit, have all garnered headlines. The high-profile use of bitcoin in drug sales via the Silk Road bazaar, which was shut down by the FBI in October 2013 after being exposed by the media, has also caught investors off guard. The value of bitcoins has plummeted in relation to fiat currencies as a result of all of these events, as well as the resulting public concern whenever news about crypto goes down However, bitcoin-friendly investors saw these news events as confirmation that the market was maturing, resulting in a rise in the price of bitcoin further resulting in a large boost in the value of bitcoins relative to the dollar a short time after they occurred.

What lies ahead for us in the future?

One thing is certain: cryptocurrencies have grabbed the globe by storm. Governments all across the world have had to either prohibit it or begin to regulate it. El Salvador became the first country to make Bitcoin legal tender on September 8, 2021, in an experiment that the rest of the world will be following with bated breath. The various elements that influence cryptocurrency volatility may alter in the future as the market evolves, and we may soon live in a world where it is legal tender. Investors in the crypto market are optimistic, hoping for a regulated future in which it can coexist with conventional kinds of currency.

Let’s wait and see what happens!

The article has been written by  Panatula Saisrilakshmi, Woxsen University – MBA Financial Services

Posted by: DQINDIA Online
View more posts
Why is cryptocurrency so volatile? 5 out of 5 based on 2 ratings. 2 user reviews.
Siemens becomes founding sponsor of The Smart Factory @ Wichita
Federated Learning and its impact on healthcare

IIT Kanpur, BHEL to collaborate for Defence and Aerospace research

Both parties will pursue research & development, and collaborate in manufacturing and supplying components, sub-assemblies…