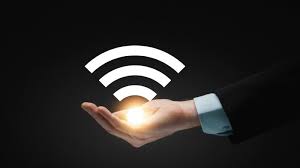 On the occasion of World Wi-Fi day the realisation has become strong that people are easily connected with each other globally. Modernization has brought a lot of changes around the world and now India is getting integrated in this process fast. Indians have come to know the value of Internet; now we can find Wi-Fi installed in each and every house in the metropolitian cities as well as in small towns. Nowadays, we can see free public WI-Fi which is widely and readily available in places like airports, restaurants, coffee shops, libraries etc. We all run for free things as we run for free internet connection as well. As we all know, using free internet connection can be the best way to access online accounts, catch up on work and check emails as well. However, there are many security risks involved which could not be ignored, since you could be an easy target for hackers while placing your information which can be a risk. Online crimes are taking different forms which we have come across and according to The Norton Cybersecurity Insights report has revealed that 77 percent of Indians would feel devastated if their personal financial information were compromised and 52 percent actually have either personal experienced of a credit card fraud or know someone who has. With public Wi-Fi available everywhere, what seems like a convenience can actually put you at a great risk. Free public Wi-Fi is a hacker’s playground for stealing personal information.To avoid becoming one of the victims of Cybercrime, we need to enhance our knowledge regarding Wi-Fi.

Risks of public Wi-Fi and how to stay safe online

Man-in-the-Middle Attack
One of the many dangers of using a public Wi-Fi network is that data over this type of open connection is often not encrypted and unsecured, leaving you vulnerable to a man-in-the-middle (MITM) attack. What is an MITM? It’s when a cybercriminal exploits a security flaw in the network to intercept data. Essentially, this gives a hacker access to sniff out any information that passes between you and the websites you visit — details of browsing activities, account logins and purchase transactions. Your sensitive information, such as passwords and financial data, are then vulnerable to identity theft.

Rogue Hotspots
Another risk of using free public Wi-Fi is that you may be connecting via a rogue hotspot. This is an open hotspot, usually with a name similar to that of a legitimate hotspot, which cyber criminals set up to lure people into connecting to their network. Once a victim connects to the rogue Wi-Fi hotspot, the host hacker can then intercept data and even use tools to inject malware into the connected devices.

Better Wi-Fi Security Habits to Stay Safe from Cybercrime
Did you know that 66percent of consumers in India think that using public Wi-Fi is riskier than using a public restroom? Yet, while the Norton Cyber security Insights Report revealed that people are aware of the risks of public Wi-Fi, the survey also showed that people are not practising safe security habits online.

How Norton helps you make it harder for cyber criminals to steal your information on public Wi-Fi:

Let’s use secure methods and let’s remain safe and connected.