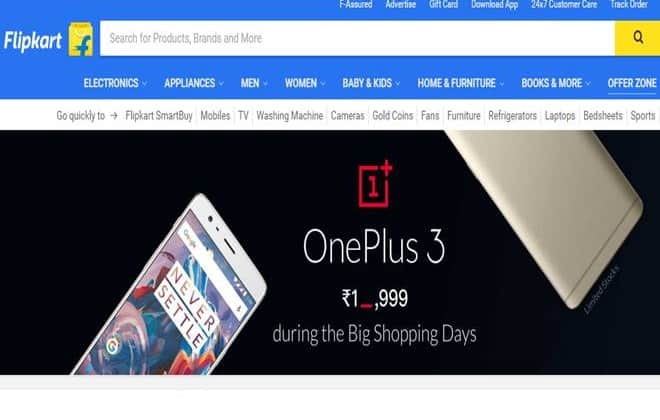 Crossing the line is not new to the e-commerce space. But this time, Flipkart went overboard. Its decision to sell the OnePlus 3 at hugely discounted price of under Rs 20,000 as part of its ‘Big Shopping Days’ sale stunned OnePlus which had signed an exclusive deal with Amazon.in. While good for consumers, the deal gave sleepless nights to Amazon and OnePlus. Clueless as to how Flipkart is doing this, OnePlus raised an alarm on this and reported the matter to Flipkart bosses using their twitter handles.

Pete Lau, founder of One Plus has partnered exclusively with e-commerce giant Amazon.in to sell OnePlus 3. The phone is available on Amazon for Rs. 27,999.

OnePlus, through its official handle said “We are exclusive with @amazonIN and advise users to buy OnePlus through official channels. We can’t guarantee the authenticity elsewhere.”

Carl Pei, CEO of OnePlus, also questioned Flipkart’s founder, Sachin Bansal, over this matter but he received no response. “@sachinbansal brother. What’s this? We’re exclusive with Amazon”. He added: “For premium brands, trust is everything. We would never betray trust by dropping prices like this.”

According to the reports OnePlus is only available on online platform and not in the offline retail stores. So it raises question as to how the sellers of Flipkart got the access to this product.

OnePlus company has refused to guarantee the authenticity of OnePlus 3 phone sold through any vendor except Amazon.in. Flipkart said that the sellers can sell any products on their e-commerce website and they don’t have any say in it. According to the reports, they might have bought the phones in bulk and are now selling them in a huge sale.

This online war between Amazon India and Flipkart is not new as recently Flipkart accused the Seattle-based global giant of capital dumping in the Indian market which benefited Amazon India.

Experts believe that this step might ruin Flipkart’s future interests as Amazon might also resort to such majors jeopardizing its exclusive deals. However, only the time will reveal the real winner. Flipkart is under a lot of stress to keep its upright position in the market after its valuations came steeply down in the beginning of this year.

Posted by: Malavika Sacchdeva
View more posts
Tags:Amazon, Carl Pei, Flipkart, OnePlus, OnePlus 3, Pete Lau
Why Did Flipkart Cross the Line With Amazon and OnePlus? 3 out of 5 based on 2 ratings. 2 user reviews.
Keeping up with the fast pace of the cyber age
Amazon launches AmazonNow app for customers in Delhi and Mumbai