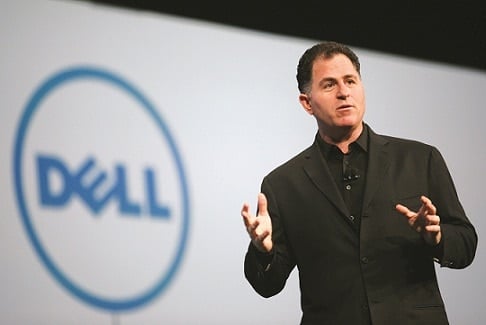 The $67B EMC acquisition has led to financial hiccups for Dell, and the Perot sale is part of its strategy to fund the purchase by shedding off some of its non-core assets.

On the back of its blockbuster acquisition of storage giant, EMC, Dell has decided to sell off its IT services unit, Perot Systems, to Japanese technology services provider NTT Data at over $3B. It was known that the company was apparently facing financial hiccups and was looking at selling off some of its non-core assets to fund the pending acquisition.

Dell’s IT services unit, previously called Perot Systems, offers consulting services and business process outsourcing for healthcare sector and was acquired by Dell in 2009 for $3.9B.

The $67B EMC buyout has reportedly resulted in significant debt for the company and the Perot sale was aimed at covering some part of it. Dr. Katy Ring, Research Director Cloud & IT Services, 451 Research, points out, “The main driver for the deal is Dell’s requirement to raise funds to help pay for the acquisition of EMC. The company acquired Perot in 2009 to help it diversify from the challenging PC market but Dell Services has always been a separate business not particularly closely integrated with other segments of the Dell operation.”

Dell’s acquisition of cloud computing major, EMC, in a deal touted as the largest ever in the technology landscape was a strategic move towards strengthening Dell’s hold in the enterprise IT segment.”For Dell, the strategy is to raise funds to complete $67bn EMC acquisition. The company is facing difficulties in raising funds due to falling stock market, in particular the crash in tech stock prices. This money, from divestment of Dell Services, will come in handy which will more or less cover the $4bn break-up fee that Dell will be obliged to pay EMC,”says, Biswajit Banerjee, Senior Analyst, PAC – A CXP Group Company.

The traditional PC major that is making swift moves towards developing its end-to-end capabilities is carefully assessing all its options. “With EMC, Dell believes it has a broad enough portfolio with products and support services to withstand the changing demands of the IT market. Consequently, Dell Services as a professional services business, was surplus to strategic requirements,” states Ring.

For NTT Data it will be an important move as the company looks at expanding its global footprint and service capabilities.

Moving ahead, integration will be the key to unlocking value in case of both the acquisitions (NTT Data and Dell Services and Dell and EMC). As the acquired companies come with different cultures and mindsets it will be a challenge for both NTT Data and Dell to successfully merge these companies into their wider organizations.

“Bringing two portfolios together will require a significant amount of product rationalization, which may be disruptive and require development of entirely new strategies,” says, Banerjee.

Posted by: Smita Vasudevan
View more posts
Tags:Dell and NTT Data, Dell-EMC acquisition, NTT Data acquires Dell Services
Why did Dell drop Dell Services on the back of blockbuster EMC acquisition 5 out of 5 based on 1 ratings. 1 user reviews.
Go Digital or Perish
BlackBerry puts greater privacy and control in hands of all BBM users

Dell and EMC combine to form $74B Dell Technologies

By Ed Nair The largest merger in the tech industry is now officially done. Dell…

Can Dell Clear the Nebulae Around the EMC deal?

Does size matter? It looks like it does when it comes to acquisitions in the…

Dell-EMC: Perspectives on the $67 bn deal

This is the largest ever acquisition in the technology industry. In fact, it is the…