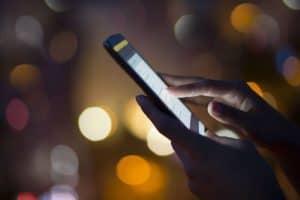 Interconnect Usage Charges (IUC) form a significant chunk for telcos’ revenues and the cut in IUC by 57% to 6 paisa /minute will  create a bigger hole in telcos’ pockets. The onslaught of Reliance Jio has already created its impact and the telcos are bleeding like never before as they suffer 20% revenue losses.

However, a cut in IUC charges means the old rule books for telcos are going to be history now. According to Trai, the IUC charge would gradually go down to zero from January 1, 2020 and would benefit the consumers by offering a wider variety of retail packages and tariff structures.

“Lower termination charges are, therefore, likely to benefit consumers overall (both fixed and mobile) because operators will have greater retail pricing flexibility. Operators would be able to offer consumers a wider variety of retail packages and tariff structures,” Trai said in its explanatory memorandum.

This indicates that the telecom sector in India is going for a huge transformation, although the news does not augur well for the incumbents telcos. But somehow, the old books are getting changed, and would get replaced by new rules where incumbents telcos would be at loss.

However, industry experts are of different opinions and believe that the cut won’t help consumers.

According to Faisal Kawoosa, General Manager, Telecom & Consulting, CMR:  “The IUC cut announced is further going to affect the revenue prospects of incumbent operators and it may even impact the call termination between Jio and other operators as the incumbents would find diminishing value in supporting the new entrant in the market and may not be willing to fully cooperate with respect to point of interconnects (POIs), etc., leading the frictions that may finally require interventions from the regulator or the other redressal mechanisms for settling the disputes.”

Earlier, Reliance Jio had alleged that the interconnection user charges (IUC) rose from 10% of voice call charges in 2003 to 45% in 2017, which had benefited the incumbent telcos.

As per IUC, a telecom player from where a call is made must pay another telecom operator where the call is received.

Rajan Mathews, Director-General, Cellular Operators Association of India (COAI), had said that “the move is disastrous and would invite legal action.”  He also added that “no country in the world had a zero interconnect charge.”