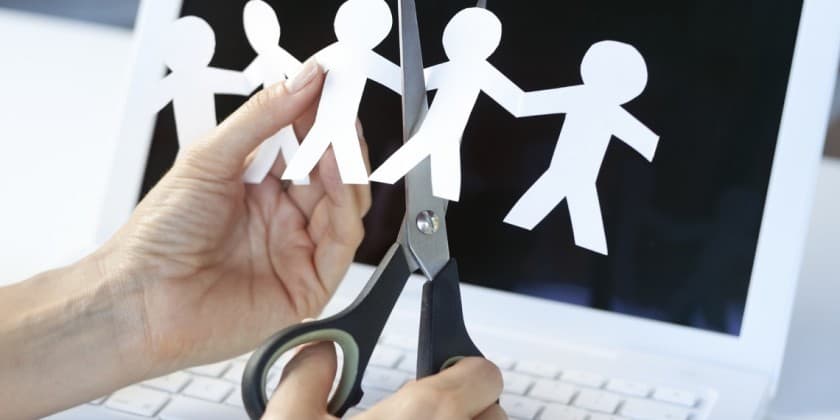 In the past few months, we witnessed the announcements about major job cuts by technology companies. Cisco plans to cut about 14,000 jobs, Intel announced plans for laying off 12,000 workers, companies like Dell, IBM, and HP Enterprise are planning to continue the spree of downsizing.

Technology companies in the United States have shed about 63,000 jobs, according to outplacement consultant Challenger, Gray & Christmas.

These announcements have striking similarity with two phenomena we have experienced in the past: recession-driven contraction of workforce and the wave of globalization-driven offshoring or displacement of jobs. But they are not; the recent job cuts are the result of disruption in the tech industry.

Though the new rules are all very familiar and known, we had not yet factored in the people angle till now. This is playing out now. Tech companies are forced to scale back on jobs for the following reasons:

Does this mean that the tech industry is permanently down to fewer numbers of people? No. The universe of tech talent is getting reordered. The action in tech has shifted to new areas: data scientists and analysts, customer experience design, digital engagement, machine learning and IoT, security analysts, fintech, blockchain and more. These are the areas that badly need lots of fresh talent.

Posted by: Ed Nair
View more posts
Tags:Cloud, DevOps, Laying Off, Layoffs, tech companies
Why Are the Tech Companies Laying Off People in Hordes? 0 out of 5 based on 0 ratings. 0 user reviews.
Samsung R&D Institute hosts inauguration of Khronos Bangalore Chapter
Edimax appoints Modi Infosol as a distributor in India