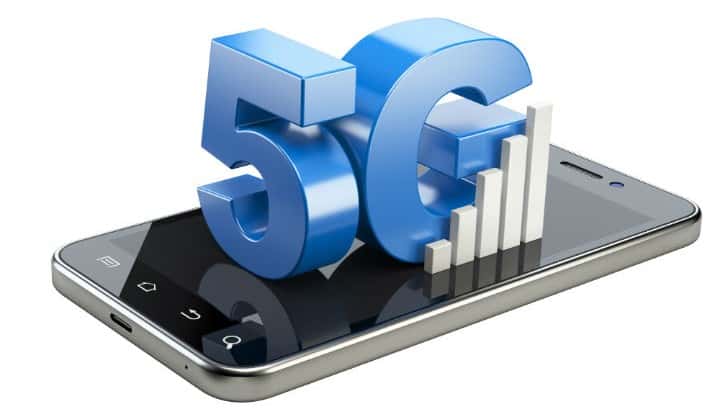 Again, we are on a cusp of a change, where the outdated National Telecom Policy (NTP) 2012 would be replaced by a new one before March 2018. NTP 2012 was more about providing broadband, expanding rural teledensity, domestic manufacturing, liberalization of spectrum, among others. Though success has been achieved in certain spheres, but a lot needs to be done for innumerable issues that the telecom industry is facing today.

Now, looking at the upcoming NTP, 5G should hold major significance, keeping in mind the government’s ambitious pet projects such as Digital India and Smart Cities.

NTP 2012 did not touch upon issues such as spectrum pricing, reserve price for the then pending 2G auctions, historical pricing of spectrum for operators, etc. But there’s a dire need to look at 5G and create the right ecosystem for the evolution of the latest technologies.

Without doubting, 5G, though a far-fetched dream, it is going to be the backbone for Internet of Things (IoT) and Artificial Intelligence, e-governance and education as well as to enable financial inclusion, smart cities, and an intelligent transportation system, amongst other things.
Going by market reports, 5G-enabled digitization revenues in India will be around $26 billion by 2026. The domestic operations can earn additional $13 billion revenues if they go beyond their traditional roles and serve as service enablers.

As the demand for Video services also accelerate, along with the demand for low energy or long –lived sensors and low latency for mission critical services, there’s an urgent need to think about 5G infrastructure that will cover the network needs and contribute to the digitalization of vertical markets such as automotive, banking, education, city management, energy, utilities, finance, etc.

According to Rajan Mathews, Director General, Cellular Association of India (COAI), “Compared with previous generations of wireless communications technology, including 4G, the rationale for 5G development is to expand the broadband capability of mobile networks, and to provide specific capabilities not only for consumers but also for various industries and society at large, hence unleashing the potential of the Internet of Things (IoT).”

In addition, 5G will be a key enabler for the Internet of Things by providing a platform to connect a massive number of sensors, rendering devices and actuators with stringent energy and transmission constraints. Furthermore, mission critical services requiring very high reliability, global coverage and/or very low latency, which are up to now handled by specific networks, typically public safety, will become natively supported by the 5G infrastructure.

Globally, work has started on 5G and the US is one of the first ones to open its arms to 5G by opening the high band spectrum technology. Samsung Electronics America along with Cisco has collaborated with telecom major Verizon to announce 5G trials in 11 cities back.

Besides, at least five cities in the US are scheduled for trials by the second quarter of FY18, while a total of 11 pilot trials are scheduled by the end of 2017.

In India, the government has created a research team to do the ground work on 5G in a bid to understand the technology better. It has already filed 100 patents so far. These patents will enable India to generate indigenous IP (Intellectual Property), thus giving bargaining power to the country.

Apart from this, telecom giant Ericsson has signed a MoU with IIT Delhi to jointly dole out ‘5G for India’ program. The company will set up an incubation center as well as a 5G test bed to work on the technology. The company is aiming to tap both–PM Modi’s Digital India initiative as well as startups and industries.

Other telecom majors such as Airtel and BSNL have joined hands with Nokia to roll-out 5G network in India. The MoU signed between the three includes launching 5G network in India as well as developing infrastructure for the same.Similarly, Reliance Jio has partnered with Samsung to bring 5G network in India as well as enhance its existing LTE network. Although, a number of initiatives have been taken, but still we grapple with challenges such as connectivity and availability of spectrum. New spectrum will be required as 5G requires high-frequency bands to achieve the desired data speed. Industry is already working with the Government for identification of 5G spectrum and getting global harmonization.

In its submissions to the Telecom Regulator, the industry has asked for enabling a platform for adoption of future technologies such as 5G, while ensuring that licensed telecom services are provided under a license only.
“As far as spectrum goes, we have reiterated our suggestion that a long term roadmap be put in place for timely allocation of spectrum for IMT and backhaul. This would enable the companies to adequately plan ahead, given the high cost of spectrum. Also essential to this planning is that there should be no delicensing of spectrum,” says Mathews.

As the government’s ambitious Digital India program is heavily dependent on the telecom sector’s ability to invest in these new technologies like 5G.

“For everything to fall into place and India to leapfrog into the future as is the vision, the government has to reduce the levies and provide an easier financial environment. Both for 5G and AI we need future forward policies and robust cyber security ecosystem,” COAI adds.