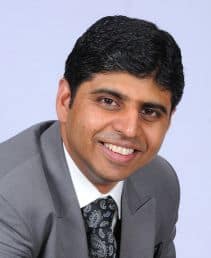 WIKUS is one of the largest European manufacturers of a range of band saw blades, used in high tech tools. Buoyed by the expanding opportunities in the Indian manufacturing sector, the company decided to enter the Indian market some time back. While starting off its journey, it was looking for the right ERP solution that could offer standardization and seamless integration with its worldwide operations. It eventually zeroed in on KPIT Infor M3 ERP solution that was implemented in a short frame of six months and today enables Wikus to ensure a delivery accuracy of not less than 99.99%.

In an interaction with Dataquest, Mukund Bharadwaj, Managing Director/CEO, WIKUS India, reveals some key details to the whole transition and how the partnership between WIKUS India and KPIT  Technologies has enabled the company to seamlessly integrate and scale its India operations.

How did WIKUS India journey start? What were the major challenges?

The WIKUS brand was being promoted in India since the past many years through a Distributor.  With the Indian market getting more and more visibility as an important investment destination and with the backdrop of the “Make in India” initiative by the Government, the decision was made to enter the Indian Market directly.

The entire project plan was in multiple phases; the first phase was the establishment of a manufacturing plant similar to the one existing at the Headquarters. This as we all know is a significantly challenging task under the current circumstances in India.  We had the challenge of getting this done within a stipulated timeframe of about 8-10 months since the modalities of the takeover of the Business from our earlier distributor has been fixed as per a certain schedule.

The next phase was the transfer of Business. We had to line up the entire supply chain and keep our production facility ready for this transition.  It simultaneously entailed communication to all the customers and preparing the systems at our end for a smooth and error free transfer.

What was the business case for an ERP software like Infor M3?

Our parent company and some of the subsidiaries run on Infor M3. In the initial stages of the project we were evaluating the options between Infor M3 and Indian solutions.  However, considering the intricacies in managing the material masters, the huge customer base and all the related data which needed to be transferred and configured in the ERP and the connectivity we needed with the parent company, we decided to go for Infor M3.

It was a very huge investment for us in the initial stage but the aspect of fulfilling 100% business continuity is where the ERP software was supposed to assist us. And it did indeed facilitate a very smooth transition.  We were able to seamlessly transfer customers from the earlier distributor to us and were able to initiate supplies following the same terms and conditions.  This was one of the important dimensions as any change in terms and conditions would have meant discussions and negotiations with the customers.

However, since we were able to do it without any such changes, the entire process went through quite quickly and in a very efficient manner.

One of the other aspects that the Infor M3 application facilitated was inventory management.  We have a very wide variety of products in our range.  When we looked at the stock situation of our distributor, they had a huge stock of some items and very little or no stock of some items.  However, after analyzing the sales data of the past three years we configured the stock levels in the M3 application and have been constantly updating.  The number of occasions of stock outs has reduced significantly over the last 6-8 months and we are able to execute more than 95% of the order now as per our committed lead times.

How did the KPIT solution Infor M3 work for Wikus?

After an initial search and survey in the Indian market, we were given the impression that KPIT had the resources to support the implementation of the application.  We had a very tight time line and also we had to ensure that we take care of all the requirements as laid out in our project plan.

KPIT was in the driver’s seat.  We had handed over the responsibility of the entire project management to KPIT.  They coordinated with the team at WIKUS India and also with the team at the Headquarters in Germany.

They managed the timeline, defined the requirements as per the Indian Taxation structure etc. Since they had the experience of multiple implementations we sought their assistance in framing the requirements too.

Before the start of the project we had invited a small team from KPIT to visit us in Germany to have a look at our facility in Germany and also to study the process there.  This opportunity was also utilized to arrange interactions between KPIT and the key users in Germany.

During these interactions we got the feel that KPIT had the depth and experience for taking up the full implementation responsibility.

That is where the ideas of making KPIT the Project Manager was born. Typically, the team from the parent company takes over the role of project management.  But in our case owing to the various factors we decided to do it in a different way.

Since we made KPIT the project manager, we were kind of able to take advantage of the depth of their knowledge which they have acquired over various implementations.  Particularly when it came to the India specific customization they were quite resourceful and that helped us maintain the time schedule as well.

All in all, KPIT was at the core of the entire implementation project.

Posted by: Smita Vasudevan
View more posts
Tags:WIKUS India, WIKUS India and KPIT
“When it came to India specific customization KPIT was quite resourceful” 0 out of 5 based on 0 ratings. 0 user reviews.
How Flock, an enterprise messaging app, helped reduce email usage by 60%
VMware Virtual SAN customer base grows 200%