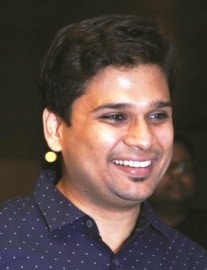 There are fairer number of DDR4 memory options in the market. How different is DDR4 from its predecessor, exactly? And what are the advantages of migrating from DDR3. Let’s decode the same. Though there are ton of changes, the four major improvements of DDR4 can be summed up in lower operating voltage, increased power saving enhancements, increased efficiency and improved chip density.

DDR4 is the next evolution in DRAM, bringing even higher performance and more robust control features while improving energy economy for enterprise, micro-server, tablet and ultrathin client applications. This new memory chip technology boasts increased transfer speeds that will boost performance of your favorite devices. The previous generation of dynamic RAM offered speeds between 800 and 2133 MT/s (million transfers per second), but DDR4 supports speeds of between 2133 and 4266 MT/s. Along with its increased speed, DDR4 also is more efficient, using a maximum of 1.2 Volts compared to DDR3’s maximum 1.5 Volts.

In addition, DDR4 supports a no of power saving enhancements including a new deep power – down mode to reduce power consumption when the system is in standby. The lower operating voltage and power enhancements allows DDR4 to draw less power and consequently run cooler than DDR3.

In terms of performance, DDR4 will start at 2133MHz (roughly upper limit for DDR3) and is expected to eventually reach speeds as high as 3200MHz. DDR4 chips are also able to manufactured in densities of upto 16Gb ( or 2GB) per chip, which is double the density of DDR3. This means that we should start seeing consumer grade DDR4 RAM in capacities of 16GB per stick and possibly as large as 64GB per stick for server grade memory.

This cutting-edge memory is the foundation for the next-generation of devices. DDR4 enables developers to add more powerful processors to their hardware. For consumers, that means advanced computing capabilities on all platforms, whether it’s a smartphone, tablet or desktop computer. Rather than performance the two things to be the most excited about with DDR4 RAM is the lower operating voltage and the increased storage densities.