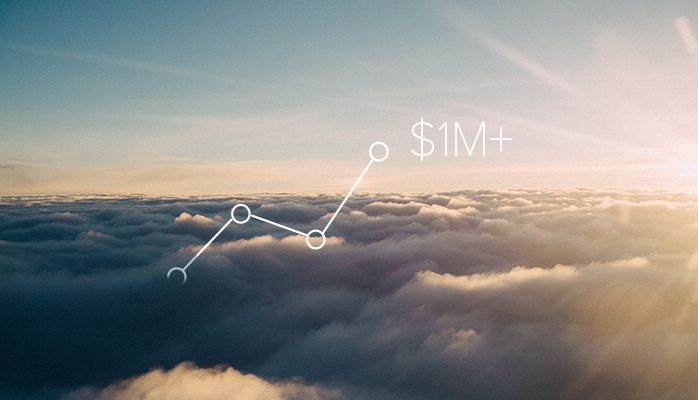 I realized the other day that we’ve grown from $0 to $1 million with two separate products (HelloSign and HelloFax). This happened a long time ago, but I was recently reflecting on the lessons.

I found a lot of growth truisms to be false. We’ve learned a lot. Some lessons were painfully won, which is why I may sound strongly opinionated about them. They also may be slanted towards B2B products, but I wouldn’t discount them if you’re not in that space.

Here are our lessons:

1. Charge for your product as soon as possible. Really.

Every founder I talk to has a good reason for not charging for their product and it’s usually a bad reason.

I remember office hours with Paul Graham. We explained that we were focusing on product now, but would focus on revenue later. He was confused, that somehow we saw a tradeoff between focusing on product and focusing on growth. Building product should equal growing revenue. People show they value your product by paying for it.

2. Revenue tells you what features to focus on

People who pay you have opinions about what to build next. Making them happy will lead to more people like them paying you (with this caveat: Don’t build a Galapagos product)

3. Focus on the right customer

YC and Paul Buchheit often say find one user and make her happy.

I’d amend that. Find one user in a big market that has the highest LTV, lowest churn, and focus on making her happy. Otherwise, you may be boiling the ocean.

4. “You have a distribution problem, not a product problem.”

After one board meeting, our investor said, “You have a distribution problem, not a product problem.” It’s a lot easier to change your message and re-focus on a different target market than completely changing your product. Do that before pivoting or rebuilding your product.

Cheaper and better is another truism I found mostly false. Customers often doubt a product is better, because it’s cheaper. Strange, I know.

I remember one of the Wufoo founders explaining the notion of being more expensive and better. Plus, if you charge more, you can invest more in product and truly make it better.

In fact, I met one CEO who deliberately priced his product higher than his competitors, just to get them to ask, “why”. Then, he’d pitch why his service was better than the competitors.

When we split tested our pricing, just being cheaper didn’t lead to higher conversions.

Maybe there are some scenarios where cheaper and better could make sense, but I think this truism needs to be questioned and perhaps the default truism should be reversed: be more expensive and better.

Posted by: DQINDIA Online
View more posts
Tags:Hellosign, Joseph Walla, Startup lessons
What I learned growing from $0 to $1+ million in revenue, twice 0 out of 5 based on 0 ratings. 0 user reviews.
Industry Reaction on Digital India Week
I dream of a digital India – Watch PM Narendra Modi’s speech