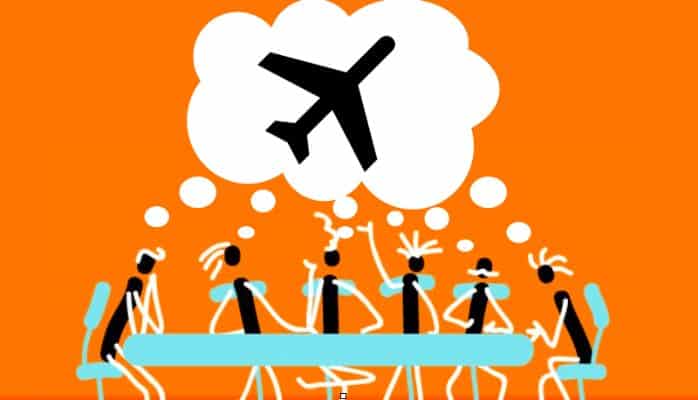 With the rise of start ups and eCommerce portals offering banking services, traditional banks have started to focus on building a digital platform to stay relevant. However, these efforts have largely been around building best in class user experience with omni-channel access. Banks need to learn from the success and failures in the airline industry and prioritize on building a resilient and flexible back end before diverting their attention to customer user experience. Otherwise all attempts to just focus on User Interface would only end up as lipstick on a pig.

Why compare Banking to Airline Industry?

Lets us look at the similarities –

1. Both these industries are heavily regulated viz. airlines in terms of safety and banks in terms of risk.
2. Licenses are required to operate in different jurisdictions. The flights (or branches) need approval before they can operate.
3. Entry barriers and initial upfront investment is high.
4. Both value superior customer experience as key to sustained growth, leading them to focus on high net worth customers more than the ordinary
5. Pricing models have been a black box with average customer not having the transparency on what he or she is paying for

However this all started to change for the airline industry since early 2000s, when full fledged low cost airlines started to operate and become successful. These airlines offered point to point connectivity at very low costs, without frills and with full transparency on pricing. This dramatically changed the dynamics of the industry, leading to  more and more full service airlines entering this customer segment with a low cost subsidiary.

Not all low cost carriers are successful

When the low cost carrier boom arrived, the industry saw a wide variety of players quickly leasing aircraft and entering the business to establish themselves. Thanks to excellent third party reservation and ticketing services, they could easily set up web front ends to service the customers directly, bypassing the middle men. However, this was not sufficient for them to operate profitably and we have since seen many a low cost operator fall by the wayside.

The ones that have survived and thrived in this low profit margin business have been the ones that focused on efficiency. Quick cleaning and turnaround of aircraft to maximize the time the aircraft is on air, flying point to point routes instead of the established hub/spoke models, on time arrivals by flying to smaller airports closer to the city with less air traffic congestion, streamlining fleet to one aircraft model for better maintenance efficiency,  have all been the key reasons for those that have stayed profitable in this business. In fact these have become institutionalized standard practices to improve operational efficiency within the airline industry.

The last few years have seen the advent of financial technology start ups and eCommerce portals that have managed to take a share of banking customers by offering them easier access to funding, full transparency on pricing and allowing them to pick and choose the service levels they require. While this is still in its infancy, a lot of traditional banks have started to assess this threat and are diverting significant amount of their CAPEX investment to build their own digital offerings.

Traditional banks have built IT systems in piecemeal over the last four to five decades leading to a complex landscape that is difficult to scale at low unit cost, expensive to change and maintain.  Besides this,traditional banks offer several products and services and sometimes offer loss making products mandated by governments for social causes. This is very similar to what the full service airlines  had to deal with –  different class of customers, manage several unprofitable routes (mandated by the government).

The start up based digital players mostly offer few niche products in the same way the low cost carriers were able to operate with focus on fewer routes. The new digital players employ modern unified technology that is cloud ready, with ability to scale instantaneously at low unit cost. This is again very similar to the low cost carriers who arrived with new generation of fleet, that is leased and standardized on a single aircraft model.

For traditional banks, it is critical to massively improve their back office efficiency to compete effectively with the nimble digital players. Unraveling the technology complexity in traditional banks is something most CIOs fear – the huge cost and delayed timelines in core banking implementation projects are a testimony to this. One of the easiest options available for the traditional banks is to create a digital subsidiary with a view to build a complete new modern technology platform that can compete with the pure play digital competitors. Here again, if we learn from the full service airline experience, most traditional airlines failed to create a best in class low cost model despite being in the industry longer.

1. BUILD is not an option : Unlike the 80s and 90s when some of the best technology brains were in financial services industry, the best now work for technology start ups. Banks can no longer rely on building best in class systems from ground up with their internal IT teams. Banks have during the last decade massively outsourced to IT vendors to save costs, resulting in significant erosion of Intellectual Property within their internal organisation.

2. BUY is not an option : Off the shelf packages are expensive to buy, integrate and implement in a timely manner. More importantly, the quality of such software despite their high costs, leaves a lot to be desired.

3. Investing more does not translate to better results: Start ups have consistently delivered much better quality solutions at a faster time to market with very low cost base, as compared to IT teams in banks. Banks need to re look at their technology organization setup and compensation if they are to achieve the same results – this is something that will not happen in the immediate future  as the threat of disruption to BAU operations will ensure status quo of the current operating model.

4. Existing branding can establish you as a digital player but will not guarantee success.

Its not all doom and gloom for traditional banks though. They still manage massive asset base, are well established with their branch network  and in many cases are funded directly or indirectly by governments. More importantly the segment of population that has significant disposable income for investment have not embraced digital fully yet.

In the short run (3-5 years), it is prudent for traditional banks to buy, invest, collaborate and build interfaces with financial technology start ups rather than building their own platform. This would allow them to learn the digital model without disturbing their existing operational model and revenue base. Trying to build a customer experience digital layer without a resilient and cost efficient back-end would only frustrate their digital customers and end with a loss in reputation and customer share.

In the long run, traditional banks need to invest in simplifying their IT landscape with next generation core systems before they can go truly digital. This in my opinion, is not roll out out a off the shelf core banking platform but a new architecture of  well thought out loosely coupled services that scales on cloud technology.

This will form the basis of my next post – stay tuned.

Posted by: DQINDIA Online
View more posts
Tags:Airlines, banking, Digital Strategy
What banks can learn from the airline industry before going Digital 0 out of 5 based on 0 ratings. 0 user reviews.
Riverbed SteelFusion 4.0 enables zero IT at the branch
Will WhatsApp get a ‘Facebook’ like button?