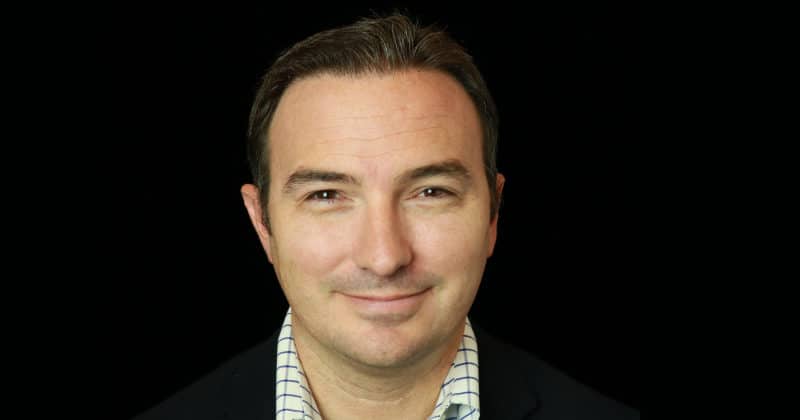 The way Scott Mullins, Director, WW Biz Dev-FinServ, AWS, explains the legacy-to-cloud problem confirms that he has indeed been in the trenches as a user before he wore his current hat. In these excerpts from a chat during the Re: Invent hustle, he tells us what we can learn from NASDAQ, JP Morgan, Goldman Sachs, and Standard Chartered about the cloud, BFSI, and also why he feels like a child on a Christmas morning.

You sound so excited! Anything very interesting for your vertical that was rolled out at re Invent this year?

Oh yes! We are busy unwrapping new toys that are coming out of AWS Cloud kitty. So many new features and functionalities! But the best part is that almost every announcement that comes out at the keynote is preceded by the words ‘because our customers told so’ or something to that effect. We are not a product company. We are looking to solve customer’s real problems. That’s what keeps us driven all the time.

Cloud has definitely been about cost savings and elasticity; but especially for sectors like BFSI, CIOs have struggled with the productivity clog that comes up because translating legacy application workload and data to the cloud contours takes a lot of unexpected downtimes. Do you think that legacy modernisation is going to help in ironing out this kink? Incidentally, 90% of legacy apps were on a faster path to modernisation in 2020.

Cloud represents a tool. It is not the only tool. But it is a modern tool-set. I see that more and more organisations are going to reinvent a lot now that they have this tool. Designing something better with a new tool is both practical and attractive.

At my home, for instance, the latest phone in the market always belongs to my wife. I am the one left with the old version. So I am stuck with legacy. We have to look at the latest technology the way teenagers and tech-enthusiasts do. Like developers and builders in an organisation family.

New tools would be a major driver for change. I love how a Brazilian bank has recently migrated legacy apps to cloud. I love how so many banks are leaning into AWS tools and are getting nimble, plus, reinvented.

You have had a hands-on career path that way. You have worked from scratch on projects like Fintech Sandbox (a non-profit) and NASDAQ FinCloud. As the founding team member of NASDAQ OMX’s FinQloud, what do you think is the relevance of such movements for BFSI CIOs today?

Yes, Sandbox was something we started at Boston to help start-ups get access to data-sets, which form the lifeblood of any financial services company. This was not so easy for small companies earlier due to access-related hurdles and prohibitive costs. We strengthened this idea a lot.

We could experiment and explore. That’s the beauty that I love about clouds. If an idea fails, you can shake the dust off and start again. At NASDAQ also, it was a cool idea to store specific types of data. We were up against issues like data-center scale and costs. But we picked a platform and scaled it.

Today, NASDAQ has a lot of work in the cloud. I also recall how Goldman Sachs has created new ideas like Digital Banking – the ‘idea to execution’ part was finished in just 11 months!

Incidentally, Standard Chartered is also using the cloud for new avenues and personalisation of services. So do cloud-native services mean a new turning point for BFSI firms?

I do not exactly think in terms of cloud-native vs. cloud-non-native apps. I prefer to look at the cloud as a tool-kit that helps any bank to build elasticity. Yes, all the heavy-lifting can be done easily for higher-level cloud services with new tools today.

Since compliance, data-integrity and sovereignty are big factors for BFSI CIOs. What does the recent spurt of new availability zones from AWS mean for them, especially the new regions that have come out in India and Switzerland this year?

Obviously, these new regions have some interest in the financial services space. But they have a broad interest too. Our regions in Hyderabad and Switzerland are a continuation of our strong focus on local availability. There are many financial institutions in both India and Switzerland where we have seen huge interest.

What do you want to say to CIOs here?

I know that CIOs have their own concerns and ideas which need to be addressed with the right technology. They are wondering, how to reconcile existing investments with new tools? So AWS is offering them the possibility of making hard decisions with new tools. We are making room for experimentation, for exploration.

Our new regions and launch of Outposts are big moves in that direction. And there is more to come! In fact, if you look at some estimates, the cloud is still making about four percent of Global IT spends, with 96% being in the on-premise space.

We are still in the early stages when it comes to the cloud – especially in the zone of financial services. But there is not a single workload in any area – be it insurance or capital markets or banking – that is not already there or planning to be on the cloud. I am excited about the future.

Any quick word on the great financial reset debate that is going on? Will de-financialisation be that easy even if we want to do it – changing models that have stood deep and tall for decades and decades now?

I do not have any opinion on this debate, per se. But in general, when people want to experiment with anything, the ‘execution’ part matters a lot. Cloud allows you to test new ideas in a cost-effective, resilient and secure way. You do not have to be stuck at just thinking of an idea. You can experiment on it and scale it if it works. Or go back to the workbench if it fails. That’s possible with the cloud.

Posted by: DQINDIA Online
View more posts
We’ve to look at latest technology the way teenagers do 0 out of 5 based on 0 ratings. 0 user reviews.
Fintech is going to rise in a big way in the next 20 years
Infosys Announces 300 New Jobs in Pennsylvania, Continues Overall Hiring Plan in the US

New Education Policy will open up a pool of opportunities: IntelliPaat

Last year,  the Union Cabinet approved a new education policy for the 21st century. It…

The future of automated voice interface has limitless possibilities: Mihup

The COVID-19 pandemic has accelerated digitisation across all industries and has left no sector untouched.…