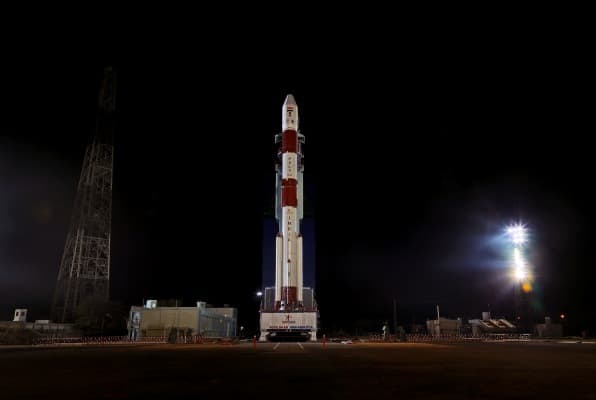 After launching several space missions last year, ISRO is on to its next and first mission of 2019. A communication satellite built by students of Space Kidz India team called KalamSat, and Microsat-R, an imaging satellite by DRDO will be launched onboard the new variant of India’s Polar Satellite Launch Vehicle (PSLV) rocket. ISRO, which is now aware of the significance these launches holds for Indians, is providing regular updates and viewers can also watch ISRO PSLV-C44 launch live online from 11:10 PM IST onwards tonight.

Countdown for the launch of PSLV-C44 started last evening at 7:37 PM (IST) at Satish Dhawan Space Centre, Sriharikota, and the launch is scheduled tonight at 11:37 PM (IST). As of now, propellant filling for the 4th stage (PS4) of PSLV-C44 is over; filling of oxidizer (N204) for the second stage (PS2) is over; and filling of propellant (UH25) for 2nd stage (PS2) has commenced, tweeted ISRO

PSLV-C44 is a new variant of PSLV and will launch KalamSat and Microsat-R into the sun synchronous polar orbit. KalamSat will be the first ever satellite to use PS4 as the orbital platform to do research. The satellite will reduce the cost of space exploration while also reducing the development of space debris, says the Space Kidz India website.

The satellite apparently uses a modified electronic system and buses, which makes use of commercially off the shelf components to make space exploration easier and economical. Space Kidz India will also be testing the performances of these newly modified systems like OBC, EPS, communication, and structure.

ISRO Chairman Dr K Sivan recently announced in a press conference that the organization would send satellites built by students into space in a bid to encourage young scientist of the country. Dr K Sivan also announced the ISRO Young Scientist Program wherein 3 students from each state will be selected and trained for a period of 1 month. The selected students will be given lectures, access to R&D labs and practical experience of building a small satellite.

Microsat-R is a 740-kg military imaging satellite, prepared by DRDO. Since, this is a military satellite not much has been shared about it except for the fact that it would be placed in a polar orbit 274 km away from Earth within 15 minutes after take-off.