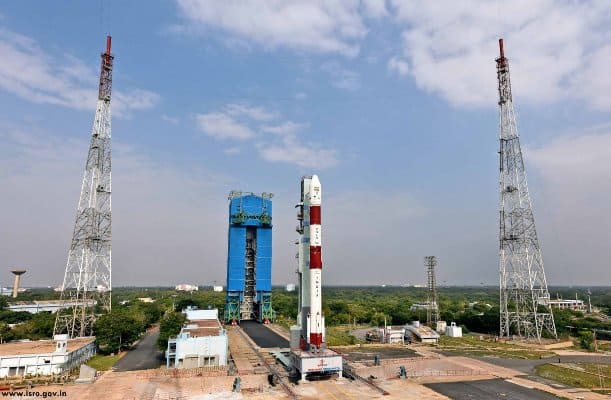 Indians may like sports and movies, but the enthusiasm one sees in the country when an ISRO launch is announced is undoubtedly unmatched. Just days after ISRO launched the Geosynchronous Satellite Launch Vehicle Mark III D2 (GSLV MK3 D2) carrying the GSAT-29 communication satellite, yet another mission is now all set to take off. ISRO’s HySIS and 30 other satellites onboard Polar Satellite Launch Vehicle (PSLV) C43 is scheduled in a few hours now. Also, viewers can watch the PSLV C43 launch live online.

The countdown for the launch of PSLV C43 carrying Indian satellite HysIS and 30 satellites from 8 countries began today at 05:58 (IST) from Satish Dhawan Space Centre, Sriharikota. And the launch of the same is scheduled at 09:58 am (IST) tomorrow. PSLV C43 is the 45th flight of the polar launch vehicle and is expected to place the primary satellite HysIS in 636km polar Sun Synchronous Orbit (SSO).

HySIS, which is short for Hyperspectral Imaging Satellite is an Earth observation satellite that provides hyperspectral imaging services to India for range of applications in agriculture, forestry and assessment of coastal zones, inland waters, soil and other geological environments, and so on. The data provided by HysIS is also apparently used by the Indian military. Along with HysIS, payload from 8 countries namely Australia, Canada, Columbia, Finland, Malaysia, Netherlands, Spain and USA.

Viewers can watch the PSLV C43 launch online here on ISRO.Gov.in or on DD national from 9:30 am IST onwards. DD National also has a live YouTube page that streams ISRO launches.

Posted by: DQINDIA Online
View more posts
Watch ISRO HysIS and 30 Other Satellites Onboard PSLV C43 Launch Live Online 0 out of 5 based on 0 ratings. 0 user reviews.
Sasken Appoints Vinita Shrivastava as Chief People Officer
In The Pink: It was a Good Year for Projectors