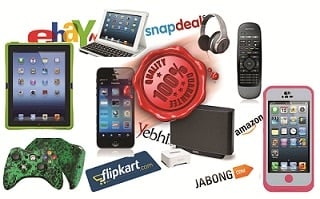 Consumers buying through e-tailers are in a tizzy after consumer electronics manufacturers deny warranty on the products sold. What is the reality?

Flipkart’s Big Billion Day Sale will be remembered a key day in the history of online retail. It not only threw fissures open in the system but also forced the industry and government to sort out several issues. One of the biggest perhaps that the industry had to look at seriously was warranty or post-sale support on products sold through the e-commerce platforms. Many vendors expressed ignorance on how the e-commerce platforms such as Flipkart and Snapdeal are selling their products at so competitive prices. Particularly on the big billion day sale, several vendors were stunned and angered. Biggies such as Samsung, Sony, and LG, among other tech giants expressed their displeasure over such ‘rock-bottom’ prices.

Leading to the Warranty Confusion

The Big Billion Day sparked several things between the vendors and e-tailers, as many of them were clueless on how the e-tailers have sourced the products and sold at low prices. The distribution and channel network of these vendors was also in tizzy as to what makes e-tailers to sell products at cheap rates. The likes of LG, Lenovo, Toshiba, Gionee, Asus, etc, issued an advisories to the consumers warning that the companies are not responsible for any warranty on products bought through eCommerce websites such as Flipkart, Snapdeal, Amazon, eBay, and others.

Asus warned Indians against buying its devices from e-commerce websites like Snapdeal, eBay, Amazon, Flipkart, etc. The company’s statement follows similar announcements by Lenovo, Toshiba, and several other companies in the past.

Samsung, Sony and other tech vendors were upset by the ‘rock-bottom’ prices on the Big Billion Day sale.

The statement issued by Asus reads: “Asus does not guarantee genuineness of ASUS branded products and also does not assure the validity of warranty on those products being sold by any sellers through eCommerce websites like Snapdeal, eBay, Amazon, Flipkart, etc. Asus India appeals all consumers to buy its products only from ASUS authorized partners or retailers and to ensure that they buy genuine, brand new (non-refurbished) products with valid warranty”.

However, in response to such statements eCommerce companies have always stated that products sold on their website will have warranty. Electronics manufacturers however, have continued to issue such statements.

Where Does the Confusion Lie

Certainly, there are multiple sides to the post-sale support coupled with genuineness of the products. Since it puts question mark on the distribution strategy of many brands, they had to issue statements in support of the prices decided by the company. So what is the reason of the low price sales?

On the Big Billion Day sale Flipkart adopted a different strategy. Their only motto was to create shockwaves in the retail industry and make their presence felt to every consumer in India. This idea worked beyond imagination, though the technical glitches and unexpected rush of customers resulted into a whole new challenge.

Vendors often go by the impression that the e-tailers sell their products illegally and claim that there is a possiblity that the products might perhaps not be genuine. Most e-tailers source products through a network of sellers and manufacturers, including the retailers and dealers downstreet. A Flipkart written statement to Dataquest outlines this: “All our products are sold through different sellers and manufacturers. We are a technology platform that facilitates sellers, helping them list their products and reach out to customers across the country.”

On the pretext of calling the e-marketplaces like Flipkart, Amazon India, Snapdeal, eBay India as ‘not authorized resellers’ of their products, manufacturers and companies such as Sony, LG, HP, Nikon, Lenovo, Dell, etc. have on their respective websites stated that they cannot vouch for the genuineness of products sold on these e-marketplaces and hence the consumer’s right to warranty coverage and support on those products could be impacted.

However, Flipkart has sent us a written reply that “Products sold with an invoice can not be denied warranty. We are a technology platform where products from sellers and manufacturers are sold.”

Definetely it has impacted the consumer sentiment to an extent but largely consumers do not seem to bother. Vendors are simply trying to save a ground for them in the light of their distributors’ resentment.

In an interaction with the DNA newspaper, Amazon’s Director of Categroy Management, Samir Kumar, stated that vendors on its maketplace are selling genuine products and if any vendor isn’t, they will take them out of the network.

The Conflict will Hurt Brands

While the vendors are in a tizzy and have several claims to make, it would be in their interest to work closely with the e-commerce platfroms since this is the future of retail. If consumers fail to get support for the products bought, it is unlikely that they will blame the e-commerce platform. However, they might spread a bad word about the brand. Hence it is in the interest of the brands to work closely with the e-tailers and look at various aspects of the challenges they are facing.

While a host of brands have realized the strength of e-tailers and are now launching their products exclusively on them, many of them have to realize this. Before the festive season, the market witnessed a number of handset makers entering the India market only through these platforms. They have emerged as a way to quickly reach the customer. In other words, they save a lot of effort which brands have to put in the traditional channel.

Retail industry experts opine that it is a matter of time as the industry is witnessing a new trend where consumer support is obviously to the e-commerce platforms. But the traditional ways of retail will not vanish. Both will compliment each other.

Posted by: Onkar Sharma
View more posts
Warranty Shockwave 0 out of 5 based on 0 ratings. 0 user reviews.
Gartner Says More Than a Third of U.S. Adult Smartphone Users Use Their Smartphones for Video Calling
Digital India is the need of the hour