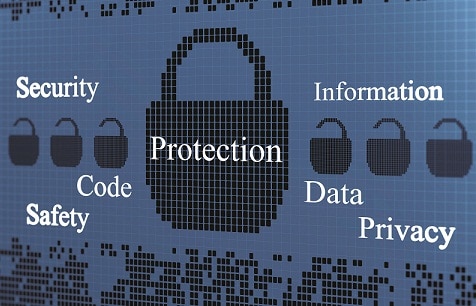 Its everywhere—governments across the world are in tenterhooks. Individuals are worried about invasion of privacy. Corporates are having sleepless nights securing confidential data. But ‘cyber criminals’ always find a way to break into the digital defense perimeter and puts organizations, countries, and individuals in great risk.

How are things panning out in India in terms of cybercrimes?

A latest Assocham-Mahindra SSG study titled ‘Cyber and Network Security Framework’ paints a grim picture. It said, “Rising at alarming rate, the number of cybercrimes in India may touch a humungous figure of 300,000 in 2015, almost double the level of last year causing havoc in the financial space, security establishment, and social fabric.”

According to D S Rawat, Secretary General Assocham said, “What is causing even more concern is that the origin of these crimes is widely based abroad in countries including China, Pakistan, Bangladesh, and Algeria among others.”

Phishing attacks of online banking accounts or cloning of ATM/Debit cards are common occurrences. The increasing use of mobile/smartphones/tablets for online banking/financial transactions has also increased the vulnerabilities to a great extent. The maximum offenders came from the 18-30 age group, adds the report.

The study said that these attacks have been observed to be originating from the cyber space of a number of countries including the US, Europe, Brazil, Turkey, China, Pakistan, Bangladesh, Algeria, and the UAE.

The study pints out that with increasing use of IT-enabled services and online transactions makes for the protection of personal and sensitive data that have assumed paramount importance. Reflecting on this Rawat says, “The economic growth of any nation and its security whether internal or external and competiveness depends on how well is its cyberspace secured and protected.”

The Assocham report further said, mobile frauds are an area of concern for companies as well as 35-40% of financial transactions are done via mobile devices and this is expected to grow 55-60% by 2015.

Growing Internet penetration and rising popularity of online banking have made India favorite among the cybercriminals, who target online financial transactions using malware and India ranks third after Japan and the US in the tally of countries most affected by online banking malware during the year of 2014, highlighted the Assocham-Mahindra SSG study.

Increasing smartphone sales and usage in India, the number of people falling victim to such crimes is also on the rise. The number of cybercrime victims in India (2012) was 46 mn people against the global average of 560 mn.

“There are many ways that sensitive information is hacked as a result of cell phone usage. The most common are due to installation of uncertified applications,” quips Rawat.

The smartphone users rarely check for security certificates and download apps (games, music and other software) from third party or unsecured sites. Mobile banking apps store data such as PIN, account number on the phone. So, there is a risk that if the phone is hacked or stolen, then the information is compromised, points out the study.

Credit and debit card fraud cases top the chart of cybercrimes. There has been a six fold increase in such cases over the past three years. According to the data, around 2,277 complaints of online banking/credit/debit card fraud have been reported this year, followed by 191 Facebook-related complaints (morphed pictures/cyber stalking/cyber bullying). Other major cyber complaints were cheating through mobile (61), hacking of e-mail ID (59), abusive/offensive/obscene calls and SMS (55), and others.

As per the study, Andhra Pradesh, Karnataka, and Maharashtra have occupied the top 3 positions when it comes to cybercrimes registered under the new IT Act in India. Interestingly, these three states together contribute more than 70% to India’s revenue from IT and IT related industries.

Posted by: DQINDIA Online
View more posts
Wake Up Call 0 out of 5 based on 0 ratings. 0 user reviews.
Cyber Security for a Hyper-connected World
Using Technology to Enhance Teaching and Learning