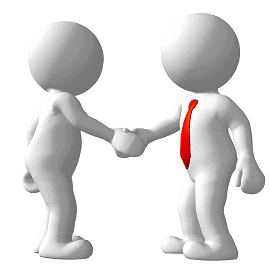 Vodafone, one of India’s leading telecom service providers announced that it had successfully launched Vodafone SuperNet 4G services across all seventeen circles planned and is on course to make it available in 2,400 towns across the country by March 2017.

Stating this accomplishment, Sunil Sood, MD and CEO, Vodafone India said, “We are proud to announce the completion of the launch of world’s largest 4G network across all 17 circles in which we have broadband spectrum. These 17 circles cover 91% of Vodafone India’s total revenues and 95% of mobile data revenues. We were the quickest to roll out networks and launch Vodafone SuperNet 4G services across several parts of the country for which we won spectrum as recently as October 2016. Our focus is on offering our hundreds of million customers; a world-class data experience and we have received overwhelming response from customers who have already experienced Vodafone SuperNet 4G.”

Speaking about Vodafone’s  rapidly expanding 4G footprint in India, Mr. Sood said,” The investments we made  in creating a modern and scalable network and partnering with leading global technology infrastructure service providers has enabled aggressive network roll out in terms of pace and scale of deployment. We rolled out one 4G site every 10-minutes in the last 2-months. In each circle, we are aggressively growing our 4G footprint by adding new towns daily. This pace of 4G roll out will be maintained to cover a wider geography in line with evolving customer needs.”

Using Vodafone SuperNet 4G, customers experience a significant enhancement in their mobile internet experience with faster download/upload of videos and music, seamless video chats and also enjoy greater ease in using their favorite apps. Customers will also adore features like high definition video streaming, mobile gaming and two-way video calling. Also, a bonanza of special customized offers is being made available to customers in each circle where Vodafone SuperNet 4G is launched and available.