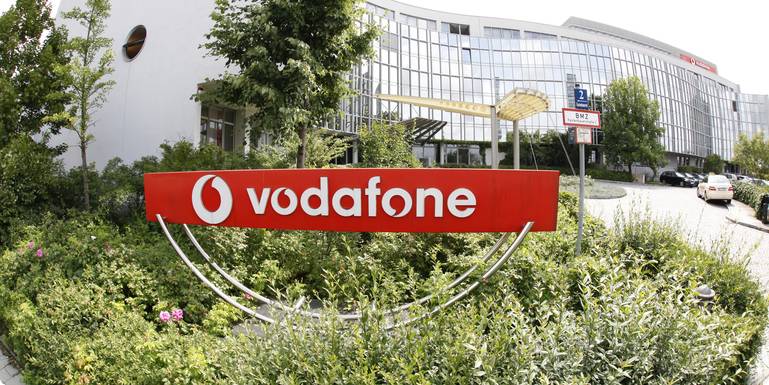 Vodafone, one of India’s leading telecommunication services providers, announced the launch of its Vodafone SuperNet 4G service in Maharashtra. Vodafone SuperNet 4G was launched in Nagpur by Shri Chandrashekhar Bawankule, Hon’ble Minister of Energy and Excise, Government of Maharashtra and the Guardian Minister of Nagpur, and will be made available in several more towns and cities across the state by March 2017.

Built on the efficient 2100 MHz band, this state-of-the-art network will enable Vodafone SuperNet 4G customers to access internet via mobile with speeds across a range of smart devices including Mi-Fi and dongles. Vodafone 4G services can be readily accessed from 4G enabled handsets, offered by smartphone manufacturers and available across the country.

Vodafone SuperNet 4G service in Maharashtra is built on a strong fiber backhaul, a new and modern network and also supported by its superfast 3G services. With this launch, Vodafone is now uniquely positioned to offer in Maharashtra, 2G/3G/4G services on its own state of the art, convergent radio technology.

Leveraging its global network and experience, Vodafone also pioneered international roaming on 4G for its India customers visiting in 6 countries including UK, Netherlands, Germany ,Hungary, Albania, Spain and many more countries to be launched in the near future.

Announcing the launch of Vodafone SuperNet 4G service in Maharashtra, Naveen Chopra, Chief Operating Officer, Vodafone India said, “As a steadfast partner to Digital India, we are delighted to launch Vodafone SuperNet 4G in Maharashtra. 4G has the potential to revolutionize the mobile experience through powerful innovation that impacts how we work and live. Vodafone’s global expertise and experience of launching 4G across 20 countries gives us a better understanding of this technology and the needs of the 4G customer. We have received overwhelming response from customers where Vodafone SuperNet 4G is already available. Our customers in Nagpur and soon across Maharashtra can enjoy the world’s largest 4G network experience.”

The Vodafone SuperNet 4G launch in Maharashtra follows the successful rollout of services in Kerala, Karnataka, Kolkata, Delhi and NCR, Mumbai, Haryana, UP East, Gujarat, West Bengal, Rajasthan and Assam and North East circles. With launches planned shortly in Goa, Punjab, UP West, Chennai and Tamil Nadu, Vodafone SuperNet 4G coverage will be available in 2400 towns across the country by March 2017. These 17 circles where Vodafone will offer 4G service contribute over 90% of Vodafone India’s data revenues.

Speaking on the Vodafone SuperNet 4G proposition for customers in Maharashtra, Ashish Chandra, Business Head–Maharashtra and Goa Circle, Vodafone India, said, “Maharashtra is a key market for Vodafone India and as one of the leading telecom service providers our 1.87 crore customers in the circle have a lot to look forward to. Building on our experience in Mumbai and now the launch in Nagpur, the winter capital of the state and a key center for both trade and tourism, we will shortly expand the Vodafone SuperNet 4G service across the entire state in a phased manner. We invite our data savvy customers in the city to make the most of the bonanza of special benefits being offered to enjoy the best mobile internet experience.”