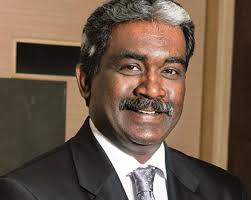 Vivekanand Venugopal has resigned Hitachi Vantara. He was the VP and General Manager for Hitachi Vantara’s India operations. He was also the Managing Director of Hitachi Vantara since October 2017, the year when Hitachi Data Systems, Hitachi Insights Group and analytics unit Pentaho rebranded into Hitachi Vantara.

The company said in an official statement to IDG India, “Vivekanand Venugopal has stepped down from his role as Vice President and General Manager for Hitachi Vantara India to pursue other interests, effective 31st March 2018. Vivek has been a valuable member of Hitachi Vantara’s leadership team and we wish him all the best in his future endeavors”.

According to Hitachi Vantara, India continues to be an area of interest and high potential. “We are committed to sustaining the growth momentum in India and we will continue to invest in this market,” mentioned the statement.

However, there is still no news on who will be replacing Venugopal. The company in a statement said that the new leadership announcement will be made at an appropriate time.